Like us on Facebook, follow us on Twitter! Check out our new tumblr page. :)
Manga News: Toriko has come to an end; but be sure to swing by and share your favourite moments from the series!
Manhwa & Manhua News: Check out the new Manhwa and Manhua shout-out (March 2016).
Event News: One Piece Awardshas concluded. Check the results Here!
MangaHelpers > Manga > Browse > Chiisana Sekai
Home
Chapters
Translations
RSS 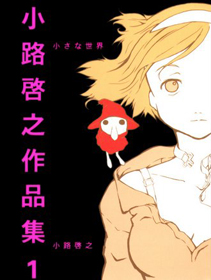 The first volume contains works from 1997 to 2007:
1) 小さな世界 (Small World) - Mikasa sees little people on the shoulders of everyone around her, quietly telling them how to interact with others. She is the only one who can see them, and so she has a great partnership with her own shoulder-person. But one day, he disappears! How will she cope without her constant advisor?

2) 7.5Ｈｚ - A gothic lolita hikikomori girl leaves her room one day to find a world gone mad. For some reason, all humans have become ridiculously violent, killing people they love over the tiniest annoyances. Armed with a frying pan, she makes her way out into this new world.

3) kurutare - After a long war, the remaining people are amusing themselves with weekly gun duels. An incredibly skilled gun-woman, Ellie, takes in a surprisingly talented child, Barret, after her duel. Barret claims her skill comes from her magic gun, but there are stories of horrifying child soldiers from during the war...

4) イレイザー・ヘッド (Eraser Head) - A woman is stalking a man she has a desperate crush on. In order to help him get over his old girlfriend, she attempts to hire a man with the ability to erase people's memories. He refuses the job, but she won't take no for an answer.

5) 運命の人 (Fated Person) - Tenpo confesses to liking Hazome, but she rejects him. She insists on loving only her 'fated person' with whom she will have a miraculous meeting. Will Tenpo find a way past her starry-eyed idealism?

6) 十代の潜水生活 (The Teenage Diving Life) - A young boy robs a hospital, and, in the process, breaks out a suicidal crippled girl. Will he be able to inspire her to once again face living? [tethysdust]