Like us on Facebook, follow us on Twitter! Check out our new tumblr page. :)
Manga News: Toriko has come to an end; but be sure to swing by and share your favourite moments from the series!
Manhwa & Manhua News: Check out the new Manhwa and Manhua shout-out (March 2016).
Event News: One Piece Awardshas concluded. Check the results Here!
MangaHelpers > Manga > Browse > Mister Ajikko
Home
Chapters
Translations
RSS 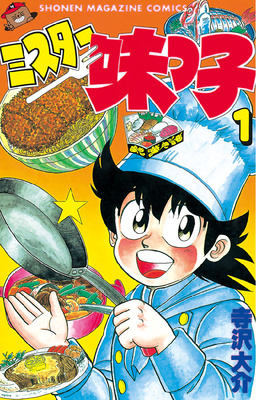 Ajiyoshi Youichi is a culinary prodigy who manages a restaurant with his mother. One day, Murata Genjirou appears in the restaurant and is surprised at the delicious taste and delicate culinary skills of the katsu-don prepared by Youichi. Subsequently, Youichi is invited to the Ajiou (literally meaning taste emperor) Building in which he is involved in a spaghetti match with the in-house Italian chef, Marui. Youichi's novel culinary ideas, coupled with his enthusiasm of serving the best for his guests, allow him to defeat Marui in the match. From then on, Youichi begins to compete with other rivals in the race for the best tastes and dishes.