Like us on Facebook, follow us on Twitter! Check out our new tumblr page. :)
Manga News: Toriko has come to an end; but be sure to swing by and share your favourite moments from the series!
Manhwa & Manhua News: Check out the new Manhwa and Manhua shout-out (March 2016).
Event News: One Piece Awardshas concluded. Check the results Here!
MangaHelpers > Manga > Browse > Momoe no Hip
Home
Chapters
Translations
RSS 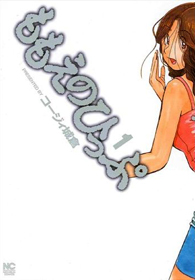 In a small town in Japan, the race for the mayor is on fire and the main topic of debate is the major dam construction. Daisho Ataru, who came back to his hometown after he built a career in the city, is the candidate against the construction and is favored to win. With the support of his beautiful and sexy wife, Momoe, Ataru has gained momentum against his opponent.

As the election grows near, the tension between the two parties reaches its peak and a heated argument turns ugly when Ataru is knocked down to the ground and dies on the spot. Yazawa Kanji, who is old high school friends with both Momoe and Ataru, agrees to impersonate Ataru to preserve the state of the village and has to live the life of Ataru, including living with the widowed Momoe, as if nothing happened. With only a handful of people knowing what really happened, Kanji (now Ataru) wins the election but several years later, the villagers who know the truth start to die in strange ways. Someone seems to be taking justice into their own hands... [vyc]