Like us on Facebook, follow us on Twitter! Check out our new tumblr page. :)
Manga News: Toriko has come to an end; but be sure to swing by and share your favourite moments from the series!
Manhwa & Manhua News: Check out the new Manhwa and Manhua shout-out (March 2016).
Event News: One Piece Awardshas concluded. Check the results Here!
MangaHelpers > Manga > Browse > Ad Astra - Scipio to Hannibal
Home
Chapters
Translations
RSS 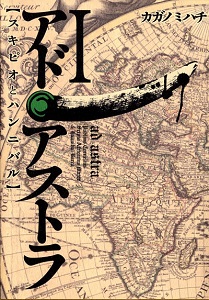 This is the story of two of the greatest military commanders in history: the Roman Publius Cornelius Scipio and the Carthaginian Hannibal. The story follows the two of them from their early life on. Hannibal is initially shown as a strangely silent infant, who seemed like the gods forgot to put a soul in his little body. However, he soon begins to speak in a way that shows his remarkable abilities. Hannibal and Scipio are driven enemies, and their struggle shaped an era. [tethysdust]