Like us on Facebook, follow us on Twitter! Check out our new tumblr page. :)
Manga News: Toriko has come to an end; but be sure to swing by and share your favourite moments from the series!
Manhwa & Manhua News: Check out the new Manhwa and Manhua shout-out (March 2016).
Event News: One Piece Awardshas concluded. Check the results Here!
MangaHelpers > Manga > Browse > Anoyama Koete
Home
Chapters
Translations
RSS 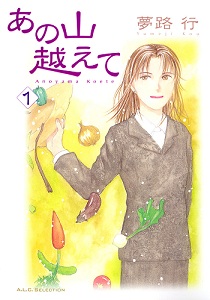 Kimiko, a young city-girl wife of a company man, Susumu, was surprised when her husband declared that he wanted to quit his job. He was from a farming family, and he wanted to return to the country and his family's trade. Kimiko and Susumu moved back to his hometown, and he began a life that was much more fulfilling for him. Kimiko began working as a teacher at a local elementary school. She's going to have a hard time becoming accustomed to the new community in which she now lives, but they have each other, though, and they can still build a happy, loving life together! [tethysdust]