Like us on Facebook, follow us on Twitter! Check out our new tumblr page. :)
Manga News: Toriko has come to an end; but be sure to swing by and share your favourite moments from the series!
Manhwa & Manhua News: Check out the new Manhwa and Manhua shout-out (March 2016).
Event News: One Piece Awardshas concluded. Check the results Here!
MangaHelpers > Manga > Browse > Asaki Yumemishi
Home
Chapters
Translations
RSS 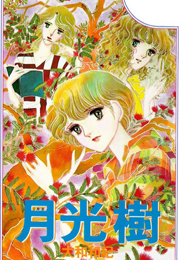 From The Ultimate Manga Guide:
To this day "The Tale of Genji," a story written as a picture scroll in Japan's Heian period (794-1185), is regarded as the most important work in ancient Japanese literature.
A shining baby boy is born to the emperor and Kiritsubo. The boy loses his mother at a very youn age, but the emperor still shows a strong liking for him, and he grows into a handsome young man. The first part of the story (volumes 1 to 10) follows the tales of the glorious youth Hikaru Genji's love. It is also about the women in his life who strive to make their love towards Genji significantly different from others. The second half of the story called the "Uji Jujo" episodes (volumes 11 to 13) takes place after Genji's death, focusing on the youth of two imperial princesses related to Genji.