Like us on Facebook, follow us on Twitter! Check out our new tumblr page. :)
Manga News: Toriko has come to an end; but be sure to swing by and share your favourite moments from the series!
Manhwa & Manhua News: Check out the new Manhwa and Manhua shout-out (March 2016).
Event News: One Piece Awardshas concluded. Check the results Here!
MangaHelpers > Manga > Browse > Baby Love
Home
Chapters
Translations
RSS 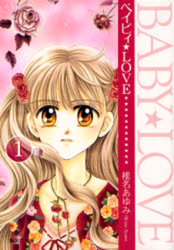 Seara is a mature young girl that fell in love with Shuhei Seto when she was still very young. Telling him that she would be his bride when she grew up, Shuhei told her that if she grew up to be a beautiful young woman, that he would think about it. Four years later, Seara comes to live with Shuhei while her parents move to America. She grew up to be a beautiful young woman, just to be with Shuhei. She drank milk every day for the past four years and looks a lot more mature than any girls her age. She is also much bigger than them and prefers to be on her own.