Like us on Facebook, follow us on Twitter! Check out our new tumblr page. :)
Manga News: Toriko has come to an end; but be sure to swing by and share your favourite moments from the series!
Manhwa & Manhua News: Check out the new Manhwa and Manhua shout-out (March 2016).
Event News: One Piece Awardshas concluded. Check the results Here!
MangaHelpers > Manga > Browse > Baki-Dou
Home
Chapters
Translations
RSS 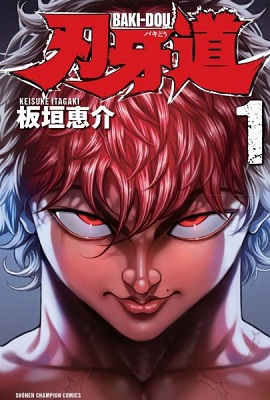 Baki is bored. After the conclusion of the epic battle between father and son, he continues to fight in the underground arena and train nonstop, but he always has to suppress his yawn caused by the overbearing boredom. No amount of stimulus or danger can bring excitement to him at this point.

Now, with the inclusion of the Prime Minister of Japan in the loop, a massive cloning project is attempting to clone Miyamoto Musashi, one of the fathers of martial arts in Japan. Another fight of historical proportions awaits Baki! [DrCoke]