Like us on Facebook, follow us on Twitter! Check out our new tumblr page. :)
Manga News: Toriko has come to an end; but be sure to swing by and share your favourite moments from the series!
Manhwa & Manhua News: Check out the new Manhwa and Manhua shout-out (March 2016).
Event News: One Piece Awardshas concluded. Check the results Here!
MangaHelpers > Manga > Browse > Ben・To zero Road to Witch
Home
Chapters
Translations
RSS 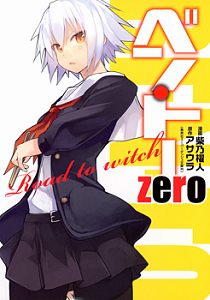 Bargain hunters seek the best deals and compete against each other to obtain the product on sale. Yarizui Sen, who just moved into town and started living on her own, is introduced into the cutthroat world of bento bargain sales. Near closing time, supermarkets put unsold bentos, prepackaged meals, on sale and hungry competitors who call themselves wolves fight against each other to see who gets the right to purchase the delicious and cheap meal. Sen learns under the most feared competitor of the town and trains to use her hunger as a source of obtaining the half off bentos. [vyc]