Like us on Facebook, follow us on Twitter! Check out our new tumblr page. :)
Manga News: Toriko has come to an end; but be sure to swing by and share your favourite moments from the series!
Manhwa & Manhua News: Check out the new Manhwa and Manhua shout-out (March 2016).
Event News: One Piece Awardshas concluded. Check the results Here!
MangaHelpers > Manga > Browse > Campione!
Home
Chapters
Translations
RSS 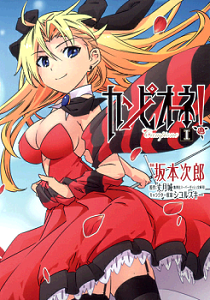 In the world, especially during ancient times, gods existed and, even now, find their place in the world. But at times, there are mortals who, whether intentionally or not, kill one of these gods and receive the “curse” of the name “Campione” or God Slayer. Those under this curse gain the power of the god they slayed and receive the mission to obliterate any false god who attempt to take control of any local turf.

Godou Kusanagi is one such unlucky human who accidentally killed the Persian deity of victory, Verethragna, and received the powers of the god’s ten forms: Bull, Ram, Camel, White Stallion, Goat, Boar, Raptor, The Wind, The Youth, and The Warrior. But this power draws in all manner of trouble, which is inevitable since the role of a god is ultimately difficult for a human. Yet, one such “trouble” is that this enhanced status has currently attracted three ladies of powerful magic and religious backgrounds, who all wish to aid him in battle. But are they really there to aid him, or do they just wish to find love with him? And what business does the leader of the three, the magic sword-mistress Erica Brandelli, have with these heavily unorthodox activities? [Midori-Mori]