Like us on Facebook, follow us on Twitter! Check out our new tumblr page. :)
Manga News: Toriko has come to an end; but be sure to swing by and share your favourite moments from the series!
Manhwa & Manhua News: Check out the new Manhwa and Manhua shout-out (March 2016).
Event News: One Piece Awardshas concluded. Check the results Here!
MangaHelpers > Manga > Browse > Dirty Pair
Home
Chapters
Translations
RSS 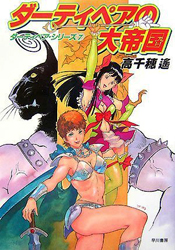 The stories take place in the years 2138-43, by which time humanity has spread across some few thousand star systems. A corporation called the World Welfare Works Association (also WWWA or 3WA) helps local systems deal with problems by sending well-armed agents called "trouble consultants" to solve crimes or mysteries, for a fee. The series focuses on a team of trouble consultants named Kei and Yuri who have a reputation for leaving a trail of destruction behind them, for which they are called the "Dirty Pair".