Like us on Facebook, follow us on Twitter! Check out our new tumblr page. :)
Manga News: Toriko has come to an end; but be sure to swing by and share your favourite moments from the series!
Manhwa & Manhua News: Check out the new Manhwa and Manhua shout-out (March 2016).
Event News: One Piece Awardshas concluded. Check the results Here!
MangaHelpers > Manga > Browse > Itazura na Kiss
Home
Chapters
Translations
RSS 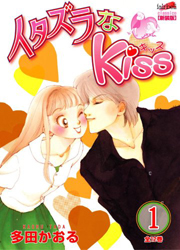 High school senior Aihara Kotoko has had a crush on Irie Naoki since freshman year. But she's been discouraged from confessing to him by a few things: he's a member of "Class A," the top ranking class in school, whereas she's in "Class F"; he gets the top score on every exam; and he's so smart, popular, and handsome that he's been class president every year. When Kotoki finally musters up the courage to present him with a love letter, though, Naoki outright refuses it, telling her point blank--with a look of disgust and boredom--that he doesn't like "stupid girls." Poor Kotoko's worst nightmare! Her heart is broken, but then a change in circumstance forces Naoki and Kotoko to be together every day...!?
>>>(However, the author had an accident while she was moving homes with her son and husband, and passed away a few months later, leaving her popular manga forever uncompleted.)<<<