Like us on Facebook, follow us on Twitter! Check out our new tumblr page. :)
Manga News: Toriko has come to an end; but be sure to swing by and share your favourite moments from the series!
Manhwa & Manhua News: Check out the new Manhwa and Manhua shout-out (March 2016).
Event News: One Piece Awardshas concluded. Check the results Here!
MangaHelpers > Manga > Browse > Konohana
Home
Chapters
Translations
RSS 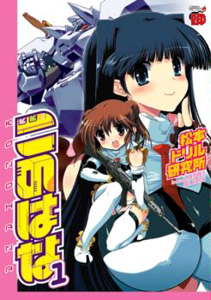 The country is now a peaceful place after the war ended 8 years ago. Elementary kids like Yuri didn’t even experience the horrors of the war. That all changes when the Doruga, giant monsters that take the form of a human, which were supposedly extinct after the war, mysteriously return to Earth. Their poisonous aura means that the only way to fight against them is with Biped Troopers, giant mechanical robots. Yuri gets recruited by Biped Trooper pilot Amami Eriko to pilot the only female two person Biped Trooper and defend humanity against the monsters. [vyc]

--------
Note: The series was cancelled due to conflicts between the author and the editors of Champion Red Ichigo, but was rebooted with different characters as "Kono Yo wo Hana ni Suru Tame ni" in a different magazine.