Like us on Facebook, follow us on Twitter! Check out our new tumblr page. :)
Manga News: Toriko has come to an end; but be sure to swing by and share your favourite moments from the series!
Manhwa & Manhua News: Check out the new Manhwa and Manhua shout-out (March 2016).
Event News: One Piece Awardshas concluded. Check the results Here!
MangaHelpers > Manga > Browse > Painting Warriors
Home
Chapters
Translations
Thread
RSS 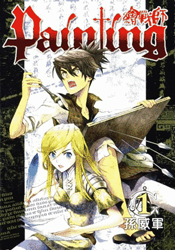 In the early Song Dynasty (AD 960-1127), at the western border of the Tangut Empire - a pivot point of the Silk Road - furious battles were being fought. Brave warriers of the Tangut and a strange religious army from the west battled for a rumoured sacred item. Conflicts, conspiracies, and religious struggles - moving in the heart of the battlefield, the "untouchable war painter" Tao Hui paints nothing but the truth!

A manga published in Hong Kong by Tong Li.

Can anyone help find RAW for this? Permalink " "