Like us on Facebook, follow us on Twitter! Check out our new tumblr page. :)
Manga News: Toriko has come to an end; but be sure to swing by and share your favourite moments from the series!
Manhwa & Manhua News: Check out the new Manhwa and Manhua shout-out (March 2016).
Event News: One Piece Awardshas concluded. Check the results Here!
MangaHelpers > Manga > Browse > Paladin
Home
Chapters
Translations
Thread
RSS 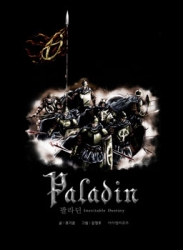 The country of Greenland, after losing the war to the Imperial Army, were in agony and despair for what will the future bring them. They had hired mercenaries to help them during the war and now they’ve come back to collect their reward while the country were still picking up their pieces of their broken dreams. By that time, the King has passed away and his heir was still too young to take up on the throne. After hearing the news of the King’s death the mercenaries decided to take over the throne and rule in his place. But there was an obstacle in their way... The Oracle!