Like us on Facebook, follow us on Twitter! Check out our new tumblr page. :)
Manga News: Toriko has come to an end; but be sure to swing by and share your favourite moments from the series!
Manhwa & Manhua News: Check out the new Manhwa and Manhua shout-out (March 2016).
Event News: One Piece Awardshas concluded. Check the results Here!
MangaHelpers > Manga > Browse > Sheryl - Kiss in the Galaxy
Home
Chapters
Translations
RSS

Sheryl - Kiss in the Galaxy 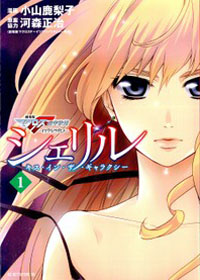 In the near future on the starship Galaxy, Sheryl Nome lived with her parents Abel and Sally. The government tracked her parents down, who were rebelling against mandatory human enhancing implants, and Sheryl was the only one who got away alive. Barely surviving on her own on the streets, Grace O’Connor, a manager at a talent agency, brings her in to make her a star. Several years later, Sheryl is enrolled into the Erato Music School where she meets Amagi Lilies, a brilliant singer, and they become friends. However, tragedy strikes and Lilies dies trying to save Sheryl. To make sure her parent’s sacrifice was not in vain and to keep her promise with Lilies, Sheryl enters into the entertainment world to become the greatest singer in the universe. [vyc]