Like us on Facebook, follow us on Twitter! Check out our new tumblr page. :)
Manga News: Toriko has come to an end; but be sure to swing by and share your favourite moments from the series!
Manhwa & Manhua News: Check out the new Manhwa and Manhua shout-out (March 2016).
Event News: One Piece Awardshas concluded. Check the results Here!
MangaHelpers > Manga > Browse > Agrippa
Home
Chapters
Translations
RSS 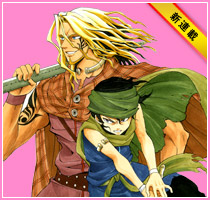 In 52 B.C., the Chieftain of the Arveni tribe, Vercingetorix, united the Gauls in a major revolt against the power of the Romans. This is his story, beginning with his rise to power. In one of the tribes, he rescues the 11 year old Taranis, the only son of a Gallic hero who was executed by the Romans. Taranis follows Vercingetorix as he raises his army to fight for the freedom of Gaul. [tethysdust]