Like us on Facebook, follow us on Twitter! Check out our new tumblr page. :)
Manga News: Toriko has come to an end; but be sure to swing by and share your favourite moments from the series!
Manhwa & Manhua News: Check out the new Manhwa and Manhua shout-out (March 2016).
Event News: One Piece Awardshas concluded. Check the results Here!
MangaHelpers > Manga > Browse > Ayako
Home
Chapters
Translations
RSS 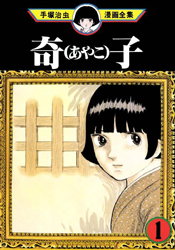 Jiro Tenge (天外仁朗 Tenge Jirō), one of the eldest sons, has become an agent working for the United States and he is surprised in his secret killings by Ayako Tenge (天外奇子 Tenge Ayako), his youngest sister. This problem is only more aggravated by the fact that she discovers terrible incestuous affairs in her own family, where it is found out that her elder sister is actually her mother who has to frequently have sex with her own father, Sakuemon. The family, under the pressure of Sakuemon and Ichiro the eldest son, wants to stay out of trouble and decides to keep Ayako locked up in the basement during her whole life.

Despite the efforts of her mother and youngest son Shiro, she will grow dozens of years under the family's house, while great political and social berserk goes around. Ayako eventually leaves the basement after she grew into a beautiful and attractive woman, seeking affection from close people and yet still terrified by the outside world.