Like us on Facebook, follow us on Twitter! Check out our new tumblr page. :)
Manga News: Toriko has come to an end; but be sure to swing by and share your favourite moments from the series!
Manhwa & Manhua News: Check out the new Manhwa and Manhua shout-out (March 2016).
Event News: One Piece Awardshas concluded. Check the results Here!
MangaHelpers > Manga > Browse > Cellphone Girl Heaven
Home
Chapters
Translations
RSS 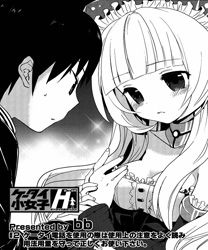 Ginta's father works at a cellphone company called "Choto Bank." Their new cellphone is a humanoid cellphone. Gina's father sent his son a prototype version of the humanoid cellphone, but Ginta's sister unexpectedly made some "changes" to the new cellphone and due to that it makes countless mistakes. The cellphone humanoid, named Momoko, slips on flat surfaces, rips Ginta's jacket, turns a jacket into a puzzle, and trips and nearly kills Ginta when a pair of scissors slip out of her hand. Ginta asks himself, "Will I live long in this condition?" [Mamo] {Notice: This manga is different from traditional manga. Instead of reading right to left, it reads left to right.}

can anyone translate this manga please? Thank you! Permalink " "