Like us on Facebook, follow us on Twitter! Check out our new tumblr page. :)
Manga News: Toriko has come to an end; but be sure to swing by and share your favourite moments from the series!
Manhwa & Manhua News: Check out the new Manhwa and Manhua shout-out (March 2016).
Event News: One Piece Awardshas concluded. Check the results Here!
MangaHelpers > Manga > Browse > Chocolate Fighter
Home
Chapters
Translations
RSS 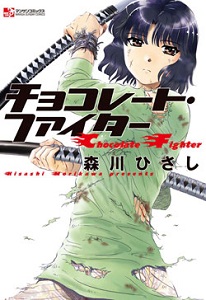 Masashi was a member of the Japanese mob working in Thailand when he met Jin. Jin was the girlfriend/property of a powerful mafia lord named Number 8 and was off limits for anyone but him. No one, not even other mafia bosses, dared to layi a hand on Jin for fear of Number 8’s wrath. Masashi and Jin fall in love but because of the danger it would put on them, Masashi goes back to Japan while Jin run and hides from Number 8.

Several years later, Jin is living with Zen, her child with Masashi, and remains in hiding. Zen has development issues and cannot communicate nearly as well as someone her age should. However, the same abnormality that hinders her also allows her to instantly mimic movements and she's able to copy martial arts techniques of such greats as Bruce Lee by simply watching a video. When Jin is diagnosed with Leukemia, Zen and Mun, her childhood friend and caretaker, try to raise money for the expensive treatment. They find Jin’s notebook that lists all the money that people owe her and start collecting them without Jin’s knowledge. Little do they know that the list is from when she still worked under Number 8 and when they start going around town, it raises red flags and the dark past comes back to haunt them. [vyc]