Like us on Facebook, follow us on Twitter! Check out our new tumblr page. :)
Manga News: Toriko has come to an end; but be sure to swing by and share your favourite moments from the series!
Manhwa & Manhua News: Check out the new Manhwa and Manhua shout-out (March 2016).
Event News: One Piece Awardshas concluded. Check the results Here!
MangaHelpers > Manga > Browse > Area 88
Home
Chapters
Translations
Thread
RSS 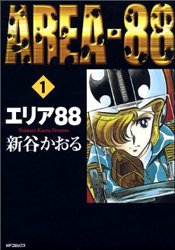 The story is about a young pilot named Shin Kazama and his experiences at Area 88, a mercenary air force base secluded in the desert of a war torn country. Shin goes from head of his class at a world renowned aviation school dating the beautiful daughter of an airline president to a mercenary fighter pilot bound to Area 88 by a three-year contract that he was duped into signing by a jealous and competitive childhood friend. Determined to earn $1.5 million dollars to buy his way out of the obligation and return home, killing becomes second nature to Shin as he quickly rises to the top rank at Area 88. Overwrought with shame and self-loathing for what he has become, Shin begins to question whether he is still fighting for survival, or like his fellow mercenaries, for the sheer excitement and camaraderie of battle.

i wish i could read this manga Permalink " "