Like us on Facebook, follow us on Twitter! Check out our new tumblr page. :)
Manga News: Toriko has come to an end; but be sure to swing by and share your favourite moments from the series!
Manhwa & Manhua News: Check out the new Manhwa and Manhua shout-out (March 2016).
Event News: One Piece Awardshas concluded. Check the results Here!
MangaHelpers > Manga > Browse > Black Dahlia
Home
Chapters
Translations
RSS 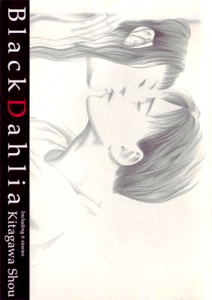 A Collection of six stories:

2) Seiya - When Takashi was in high school, there was a girl he really liked called Miyuki, and he thought she liked him, too. However, one day, he painfully learned that she was actually interested in his friend. Seven years later, she suddenly invites Takashi on a sexy onsen holiday. Takashi almost doesn't want to know what the motivation is for her sudden interest in him...

3) Natsu ga Isoideru - A pretty girl on the beach gets all sorts of catcalls and passes made at her. However, she's taken aback when a slightly older man awkwardly invites her to have some tea. When she surprisingly agrees to go with him, what changes will she cause in his life?

4) Mr. Capra ni Hanataba wo - The story of Donald Lancaster as he searches for his favorite writer, Fransis Capra.

5) White Zone Zutto... The writer Tooru has a twisted relationship with his lover, Nazuna. He believes that she is slowly being absorbed into his wall.

6) Bindzume no Jigoku - A boy who was cruelly bullied in school becomes completely isolated. But does he want to stay all alone, or will he begin to reach out to others? [tethysdust]