Like us on Facebook, follow us on Twitter! Check out our new tumblr page. :)
Manga News: Toriko has come to an end; but be sure to swing by and share your favourite moments from the series!
Manhwa & Manhua News: Check out the new Manhwa and Manhua shout-out (March 2016).
Event News: One Piece Awardshas concluded. Check the results Here!
MangaHelpers > Manga > Browse > Amano Murakumono
Home
Chapters
Translations
RSS 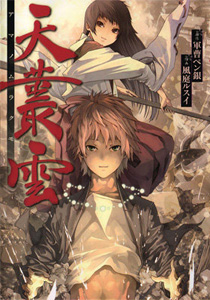 There is an ancient government office, which was first founded by Queen Himiko, to deal with difficulties arising from supernatural forces. Even today, that agency secretly exists and deals with curses and other dark forces that threaten Japan. Kushinata Orochi is skilled in these supernatural arts, and he and his physically powerful sidekick Ayame take on cases that deal with supernatural troubles. Now, they have a very ancient and powerful force to deal with, in Kageyama City... [tethysdust]