Like us on Facebook, follow us on Twitter! Check out our new tumblr page. :)
Manga News: Toriko has come to an end; but be sure to swing by and share your favourite moments from the series!
Manhwa & Manhua News: Check out the new Manhwa and Manhua shout-out (March 2016).
Event News: One Piece Awardshas concluded. Check the results Here!
MangaHelpers > Manga > Browse > Traumeister
Home
Chapters
Translations
RSS 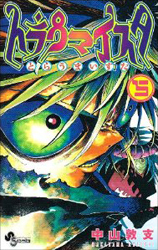 Hika Souma, called Picasso by friends, is 17 and still without a girlfriend after being dumped 13 times. One day, a pretty girl who later introduces herself as Sujata drags him out from a moving train, and with her unwanted assistance, his childhood trauma toward demons (oni) takes the form of a real demon summoned out from his body. [mangaupdates]