Like us on Facebook, follow us on Twitter! Check out our new tumblr page. :)
Manga News: Toriko has come to an end; but be sure to swing by and share your favourite moments from the series!
Manhwa & Manhua News: Check out the new Manhwa and Manhua shout-out (March 2016).
Event News: One Piece Awardshas concluded. Check the results Here!
MangaHelpers > Manga > Browse > Ecce S
Home
Chapters
Translations
RSS 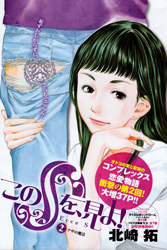 22-year-old Rin has two major problems; a complex about the tatoo-like birthmark on his butt and a crush on an older woman who thinks of him as her little brother. Rin hasn't allowed any woman to see his naked bottom since an incident when he was 7, which firmly entrenched his shame about his birthmark. When he finds his birthmark may grant him mystical powers over the opposite sex, will he finally be able to use his butt to his advantage? [tethysdust]