Like us on Facebook, follow us on Twitter! Check out our new tumblr page. :)
Manga News: Toriko has come to an end; but be sure to swing by and share your favourite moments from the series!
Manhwa & Manhua News: Check out the new Manhwa and Manhua shout-out (March 2016).
Event News: One Piece Awardshas concluded. Check the results Here!
MangaHelpers > Manga > Browse > XBlade
Home
Chapters
Translations
RSS 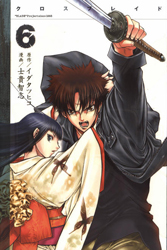 4 years ago, Tokyo was hit by a massive disaster, during which 2 million people went missing or were killed. The disaster was limited to a single ward, out of which only one person survived, a teenager named Haru. One day Haru is unexpectedly mixed up in a fight between two swordsmen, and during the fight a sword mysteriously appears by his side. The sword transforms when he touches it into a woman named Mana, which attracts the attention of the swordsmen… [hermux]