Like us on Facebook, follow us on Twitter! Check out our new tumblr page. :)
Manga News: Toriko has come to an end; but be sure to swing by and share your favourite moments from the series!
Manhwa & Manhua News: Check out the new Manhwa and Manhua shout-out (March 2016).
Event News: One Piece Awardshas concluded. Check the results Here!
MangaHelpers > Manga > Browse > Ai Yori Aoshi
Home
Chapters
Translations
RSS 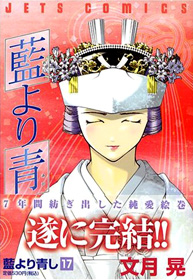 Hanabishi Kaoru, university student, collides with a past he thought he had left behind in the form of a lost young woman in a kimono. She is Sakuraba Aoi, heir to the wealthy Sakuraba family, and, back when they were both children, Kaoru's betrothed. Aoi has been in love with him for 18 years, even though Kaoru exiled himself from the powerful and controlling Hanabishi family and their marriage plans were canceled. She sought him out after so many years to ask him to return to his family and marry her. But regardless of how he may feel about Aoi, how can he possibly return to the family he so despises? [tethysdust]