Like us on Facebook, follow us on Twitter! Check out our new tumblr page. :)
Manga News: Toriko has come to an end; but be sure to swing by and share your favourite moments from the series!
Manhwa & Manhua News: Check out the new Manhwa and Manhua shout-out (March 2016).
Event News: One Piece Awardshas concluded. Check the results Here!
MangaHelpers > Manga > Browse > Black Jack
Home
Chapters
Translations
RSS 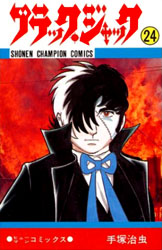 Most of the episodes involve Black Jack doing some good deed, for which he rarely gets recognition—often curing the poor and destitute for free, or teaching a capitalist fat cat and his pompous colleagues a lesson in humility. They frequently end with a good, humane person enduring hardship, often unavoidable death, to save others.

Black Jack is an "unregistered" doctor with a clouded, mysterious past. He works with his little assistant Pinoko (who has a massive crush on the doctor), dealing with medical cases not very well known, which can be strange, dangerous, or not known at all. But he is a genius, and can save almost any of his patients' lives (as long as they have the money for it, that is), and is known to many around the world, especially to those of medicine and science. He's a man of science himself, and does not believe much until he has seen it, yet it is many times he is surprised by love and nature often overpowering the science he bases his life in.

One of my favourite manga by Tezuka Osamu sensei.
Permalink " "
Review by geng0610

This and "Hi no Tori" are my favorite mangas of all times. Tezuka Osamu is also an amazing manga artist. I wished we had more of his works here. Permalink " "