Like us on Facebook, follow us on Twitter! Check out our new tumblr page. :)
Manga News: Toriko has come to an end; but be sure to swing by and share your favourite moments from the series!
Manhwa & Manhua News: Check out the new Manhwa and Manhua shout-out (March 2016).
Event News: One Piece Awardshas concluded. Check the results Here!
MangaHelpers > News > Site News > Staff Introduction: XXEliteXXAceXX
Homepage
Details
Archives 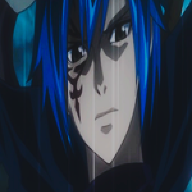 Hey everyone! My name is XXEliteXXAceXX. I became a member of the MangaHelpers community in September 2015 and joined the staff as Fairy Tail's moderator in February 2017. I am mostly active in the following sections:

I am also really into Korean pop music (K-pop) and their entertainment in general. My favorite groups and solo artists include BIGBANG, 2NE1, BTS, BLACKPINK, SNSD, EXO, SISTAR, AOA, BoA, and TWICE.

Last but not least, I am a currently attending a university as an undergraduate student. My major is Biochemistry (Medicinal Chemistry). I'm really interested in science like chemistry and biology, but not so much in physics or mathematics part...

Anyways, I hope to meet more people and participate in discussions more often in the upcoming years!

8 members and 1 guests have thanked Kaoz for this news