Like us on Facebook, follow us on Twitter! Check out our new tumblr page. :)
Manga News: Toriko has come to an end; but be sure to swing by and share your favourite moments from the series!
Manhwa & Manhua News: Check out the new Manhwa and Manhua shout-out (March 2016).
Event News: One Piece Awardshas concluded. Check the results Here!
MangaHelpers > News > Site News > Manga that missed the Wars!²
Homepage
Details
Archives

Manga that missed the Wars!²

As the title indicates, this is the second batch from the segment devoted to titles which did not feature in the recent MangaHelpers event, The Manga Wars. Do you want recommendations of mangas to read? Here are they! 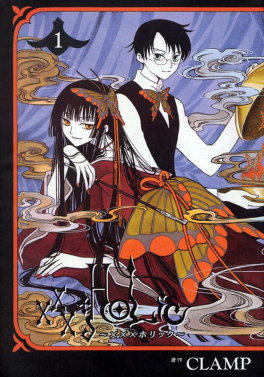 
Synopsis: Watanuki Kimihiro is a teenager that can see spirits. One day when going back home, he is attacked by an ayakashi and while running form it, he enters a “magic shop” owned by a witch called Ichihara Yuuko. She tells his arrival wasn’t a coincidence because only someone that has a “wish” could go there, since it’s a place that grants wishes and that he had one at the moment. However, to have a wish granted it’s necessary to pay an equivalent price, then Watanuki that doesn’t want to see spirits anymore accepts the offer and starts working as a part-timer on her shop, meeting a broad new world where people and their strange wishes are intimately related to the supernatural world.

The story is closely related to Tsubasa Reservoir Chronicles (from Clamp), to understand better the characters and scenario, the reader needs to read both pieces in parallel. Mysteries about Watanuki himself are unraveled as the story progresses.

The chapters are centered on the people that come to the shop and their wishes, as the witch grants them and Watanuki learns more about how the shop and the equivalent exchange works, as well as about his own self. The psychological suspense and the reasons people are able to enter the shop and the horror stories that mix old Japanese legends told during the manga adds the mysterious vibe that captures your attention (also, the well-drawn pure black-and-white combination of scenes of Clamp that fits perfectly the scenarios). The dimensional witch Yuuko herself is one of the greatest mysteries from the series: who is she after all? Why does she keep granting wishes? And why did she choose Watanuki to work for her in a world where everything is “destiny”?

Synopsis: Neuro is a demon that is nurtured by “puzzles” or “mysteries” and after devouring all the puzzles from the demon world, he sets out to the human world in order to find his food. There he meets the high school student Yako Katsuragi whose father was killed. After helping her solving the case of her father, he recruits (or forces her to) open a detective agency so he can solve the puzzles and mysteries and eat them.

Neuro has innumerous tools he brought from the Demon world which help in solving the cases, and he is a complete sadist forcing Yako to accept the cases giving a comedic tone to the manga. The criminal investigations also vary from minor criminals to serial killers, also some of them take more than one volume to get solved as the main villain is a serial killer whose identity is unknown (no, not like Death Note). Yako is initially hesitant to help the demon and solve the mysteries, but as the series progresses she starts to develop her own skills as a detective and help Neuro.

The comedy relief is there for the readers whenever you see the main characters, a good point of the manga is that the author portrays the enemies faces in a metaphorical way when the villains are unmasked (i.e.: the guy that kills with scissors has a face that look like a scissor) and the main characters always ends her accusations pointing her index finger and announcing out loud “You’re the culprit” as a pun with the detective show and series’ in general. The story in general is more centered on character development rather than the crimes, but the crimes let that mystery air hovering above the reader’s mind.


Synopsis: During the 21st century humanity sends two earth-native species to terraform Mars in order to colonize it later: algae and cockroaches. However, in 2599 A.D., when humanity sends a manned ship towards Mars, they find out a terrible truth: Mars is now dominated by creatures later known as “Terraformars”, powerful and intelligent humanoid cockroaches mutated from the earth species sent centuries early.

The first volume contemplates the second manned ship called BUGS II whose objective was to start the colonization with humans in Mars. It is a prelude to insert the readers on the futurist century and the universe of Terra Formars, but most of the manga (and the anime seasons) is centered on the third mission: On the 26th century a disease called “Alien engine virus” spreads through the earth and many people are dying. In order to find a cure, another manned ship is projected to visit Mars and collect the highest number of samples, knowing the dangers dwelling in Mars, this time the Annex I counts with a hundred men and women genetically enhanced from many nationalities.

While the scenario suggests the manga is mostly a war between men and mutant cockroaches, as the story progresses it’s possible to notice that although most of the action is in the battles between the natives of Mars and the humans, the story development happens on earth, where the world leaders representing their country reunite and debate how to proceed and help with the mission, as well as many conflicts between the countries ensue losses or gain to the people in Mars. The villains are closer than you expect, and if you like manga with political contexts, you’ll surely like this one.

[Permalink]
Amen to xxxholic. A terrific manga. It's a real shame they went with that name. I wish I knew how many people saw that name and assumed that this wonderful contemplative spiritual manga was about somebody's addiction to adult entertainment. I'm sure that number is very high.

[Permalink]
This reminds me that the person who recommended it to me made sure I understood it was a supernatural themed manga although the name sounds ambiguous. It's one of the best pieces from Clamp.