Like us on Facebook, follow us on Twitter! Check out our new tumblr page. :)
Manga News: Toriko has come to an end; but be sure to swing by and share your favourite moments from the series!
Manhwa & Manhua News: Check out the new Manhwa and Manhua shout-out (March 2016).
Event News: One Piece Awardshas concluded. Check the results Here!
MangaHelpers > News > Manga Reviews > Chapter Review: Yakusoku no Neverland (102)
Homepage
Details
Archives 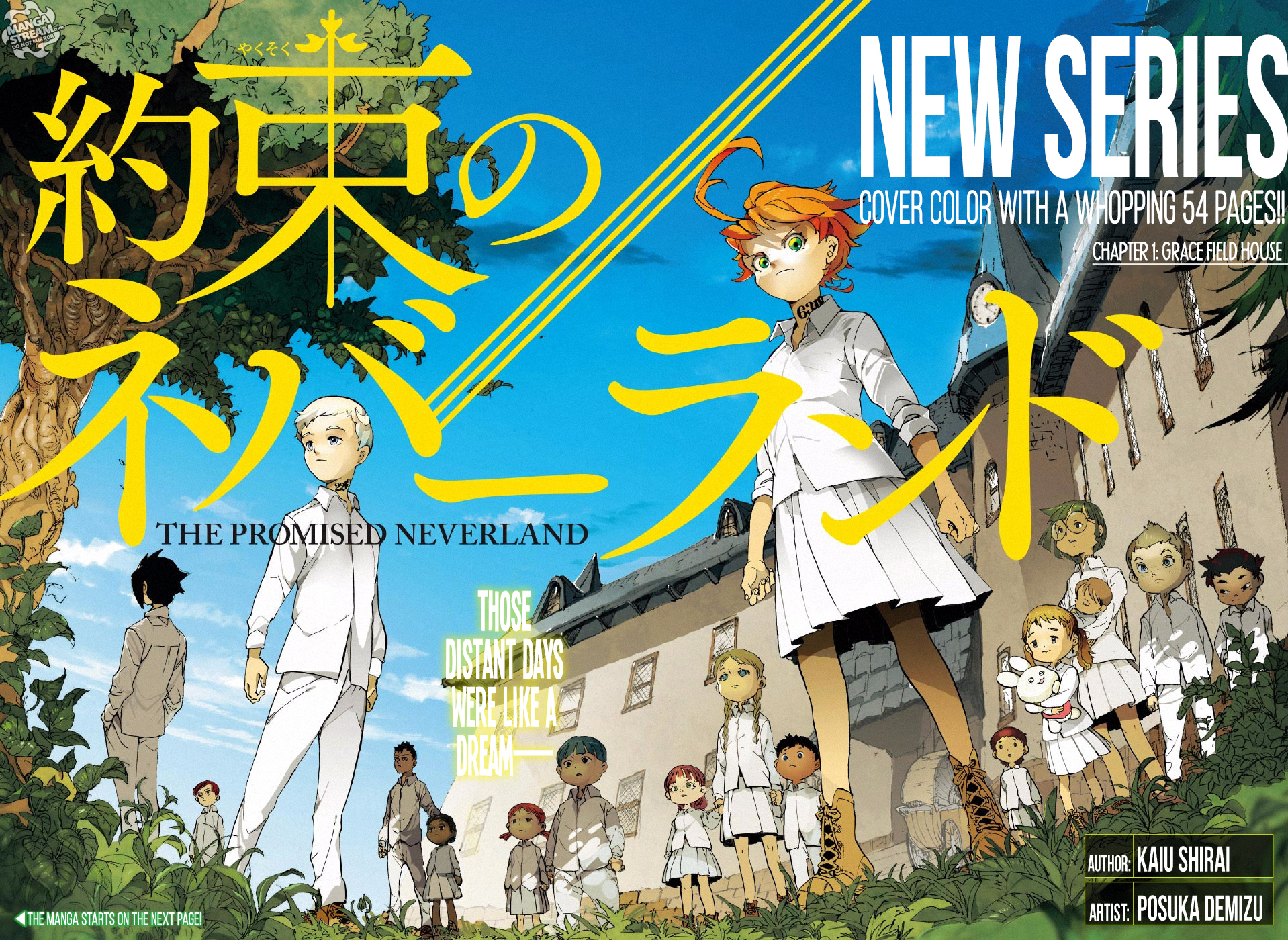 A recount of Events

Back to the Present

This Chapter was pretty good,i wasn't exactly sure what to think about the previous TPN Chapters as they sort of felt underwhelming and didn't really give me much development for the Story itself as they either just skipped mention worthy amounts of time with no switch of scene or any explanation on what occured during the trips or simply cut off at parts where i personally would have liked to get more focus on such as Andrew visiting Phil.

We may have gotten another Timeskip, even more time had passed than in previous skips, but we at least got a for me proper recount of what has happened during the passed time or at least mostly what they've been up to.
Ray leading the research and narrowing down the possible locations of the Water and the Temple was as usual nice to see,he has proper intellect and finesse for these things and i think that makes him one of the stand outs in most chapters as he doesn't need much advice or help as he knows many things on his own or just reads himself into the subject he has an interest in. That makes him quite an accomplished character, given his age and background.

Not just that but we got back to the current happenings as well, short but enough to show us the struggles they've taken onto themselves just to prove their research right and to reach their Bigger Goal of going to the Human World together.

I was impressed by the On-Point disguises made by the Grand Valley Kids,they fit in just nicely in the Demon crowds and if not for the Clothing lifting up briefly they had not been noticed it seems.

I always have a hard time making a good guess as to what happens next with TPN, I say it goes right and it goes left, which doesn't mean it went a bad direction for me not at all quite the contrary infact as it usually surprises me with not following down one road but walking on the other as well.

I'd say we can expect Emma and Co. to tell Yuugo and the others about their Journey and possibly what the Temple means for the Demons and where exactly the Golden Water lies and comes into play as well, I mean it's the obvious thing to do after on travels Non-Stop for their Plan. They just have to bring the others into the Picture of things.

I could also see a Switch of Scene to the Ratri-Clan and how they haven't managed to find the Kids after all this time, which would also mean we'd get a glimpse of Norman after all the time that has passed and see how he's been doing and if he has changed after being with Peter for such an amount of Time.


To discuss and share your thoughts on the manga, you can visit our Yakusoku no Neverland section.

5 members and 1 guests have thanked Kaoz for this news