Like us on Facebook, follow us on Twitter! Check out our new tumblr page. :)
Manga News: Toriko has come to an end; but be sure to swing by and share your favourite moments from the series!
Manhwa & Manhua News: Check out the new Manhwa and Manhua shout-out (March 2016).
Event News: One Piece Awardshas concluded. Check the results Here!
MangaHelpers > News > Manga Reviews > Chapter Review: Edens Zero (20)
Homepage
Details
Archives 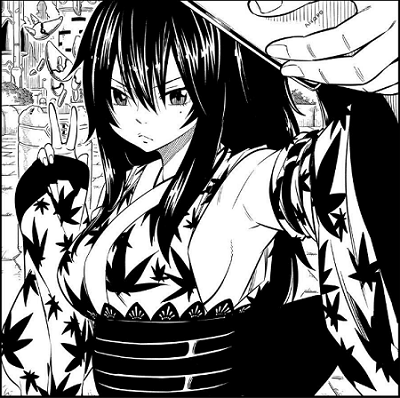 I'm starting to suspect this is what Homura smiling actually looks like.

This week resumes our adventure with Rebecca and the rest of the B-Tubers trapped in Illega Tower where they are introduced to the fiend behind everything Pervy Kermit himself, Illega. Where, much to their shock and dismay, he reveals his insidious plan to..to.. turn pretty girls into uncomfortable looking furniture (Wut??) He then proceed to show off his petrifying raygun to turn some superstar into a bench. Then triggers a rain of some soap-like substance to melt the B-tuber's clothes off (This part of his plan's alright.). And as Rebecca crouches down to protect her dignity she focuses her rage on the beating she intends to give this toad.

Meanwhile, in space, Eden Zero has arrived at Planet Guilst and the crew begun there search for Rebecca by trying to find Jinn of Rogue Out. As they disembark Weinz does some quick repairs to happy which Pino thanks him for. But being thanked by the worlds cutest being seems to unsettle him a little. As they are heading to their destination Shiki gets a quick rundown of Guilst. A planet with strong wood ether whose towns are built on a giant tree called Mechdrasil. But Shiki finds he can't fully enjoy his tourism without Rebecca and redoubles his resolve to get her back quickly.

Before long they find themselves standing in front of a large church with Rogue Out written on the front (Very subtle..). Weisz chickens out and decides to wait outside while Homura, Shiki, and Pino head inside. Once they enter they are greeting by a huge ominous statue of an angel. The statue asks why they have come but amends it's question to say it already knows their fate. As it says this, it splits in two to reveal an mildly evil looking Robo-Nun that introduces herself as Sister the leader of Rogue out. 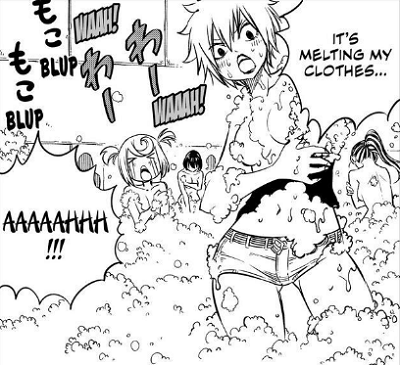 How dare he...use this technology for non-perverted purposes!

So Pervy Kermit is doing all this for tacky furniture. What a classic Trollshima move. Get us all imagining some kind of shockingly evil motive only to discover the real motive is actually more stupid than evil. Don't get me wrong it's still evil. But as someone with relatives that have a fondness for "artisitic" furniture there is nothing sexy about blinding lower back pain. Just unpadded stone furniture by itself is bad enough. Stone furniture with an irregular shape? I think that's the kind of furniture they have in hell. Though I think I actually hate him even more than before now, which is good. I mean, someone this stupid really should not be allowed to live. Hopefully, Rebecca can end him with a beam blast at some point.

The other major highlight is obviously Sister showing up. The whole setup with the church and the nun-outfit suggests a lot. It very much presents the concept that Rogue Out is some kind of corrupted orphanage. The visual theme is strongly hinting at that. Which means either Sister has turned evil. Or this isn't the real Sister. Either way I doubt this will end with Shiki saying he's the Demon King and her kneeling. Something else is going on here.

Which brings me to Weisz. Him choosing to stay outside suggests to me that Shiki, Homura, and Pino will get captured or neutralized and he'll save the day. Proving that he's not the douchebag he seems to be. Which was sort of foreshadowed by him trying to fix Happy. You can pretty clearly see a crisis of conscience coming with him.

Art was solid but not outstanding. First class ecchi work early on. Character were generally quite expressive; the exception being Homura but that's kind of part of her gimmick. The background work was a little below average compared to normal. With a lot more blank backgrounds than usual. The aesthetic of the dark church looked quite good though.

Pacing was moderately fast. Despite not packing nearly as much in as last week, it didn't actually slow down much it was just more focused on moving the characters around and setting up the various conflicts. With a dash of ecchi fan service to try and make it all more fun. Certainly nothing that dragged. The only issue I had was the abruptness of the ending. The reveal of Sister at the end of the chapter makes perfectly fine stopping point but it's not written or drawn like it's a stopping point. It feels like there should be another page. Or a text scrawl that says "To be continued..". The way it is, it lacked a sense of finality.

Decent, if not overly memorable, chapter whose centerpiece was an expertly executed troll by Mashima. With some bonus first class ecchi offsetting a rather abrupt ending.