Like us on Facebook, follow us on Twitter! Check out our new tumblr page. :)
Manga News: Toriko has come to an end; but be sure to swing by and share your favourite moments from the series!
Manhwa & Manhua News: Check out the new Manhwa and Manhua shout-out (March 2016).
Event News: One Piece Awardshas concluded. Check the results Here!
MangaHelpers > News > Shout-Outs > New Manga Shout Out: 4/12/10 - 4/18/10
Homepage
Details
Archives

Welcome to the next New Manga Shout Out. It was a very slow week... Remember, if you like any of the series, favorite them. Don't forget to also thank the various translators, raw uploaders/scanners and scanlators who feed your manga addiction. ^_^ Translators and Scanlators, please check out these series and see if you can spread some more manga love~ 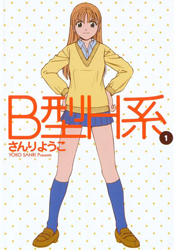 Yamada is just starting her high school years and she has one thing on her mind: losing her virginity. Very self conscious that she still has not had sex, she tells herself that high school is the place to find the right guy. Yamada is a very beautiful girl and is the envy of a lot of guys but because of her lack of experience with boys, she panics and goes berserk when guys come close to her. She starts taking interest in the boy sitting next to her in class and goes through many comedic scenes of overcoming her problem with the male gender to try to sleep with a boy. 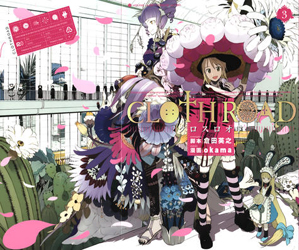 Fergus is an apprentice fashion designer who hates his life. His master is a drunk, the love of his life is a street whore, and the only model willing to buy his clothes is a fat drug popper. While attending to his "model" at a game of War-King, a competition of beauty and fighting prowess, Fergus is treated to the sight of a real fashion model who easily dispenses of Fergus' model. Fergus then sinks into deeper despair now knowing the huge gap that lies between him and the top brands. To make matters worse, his master collapses and is hospitalized that same day. Just when he wonders if life can get any worse, fate conveniently presents to him a long-lost twin sister, Jennifer. 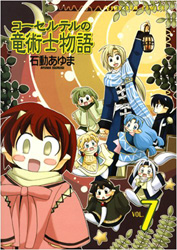 Corseltel is a fantasy land where dragons and humans live together in harmony. Dragon Sorcerers, in return for borrowing power from the dragons to use magical spells, must take care of the dragon offspring. Mashel, said to be one of the best Dragon Sorcerers in all Corseltel, is able to use all 7 dragon types meaning that he must take care of 7 different dragon children. The dragon children, each representing the types (dark, light, fire, water, wind, earth, life) learn to harness their power through Mashel and also look up to him as a parent. The cuteness of the dragon kids and the life lessons they learn will capture many readers. 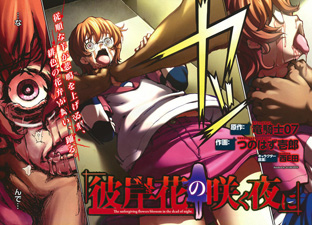 Marie is trapped in a horrible situation. She's being constantly tormented by her classmates and regularly molested by her teacher. With nowhere else to turn, she finds herself asking for supernatural help from one of the seven demons of the seven mysteries of her school. All she desires is the death of her cruel classmates and teacher. How far will Marie be willing to go in order to achieve the murders that would free her from her living hell? 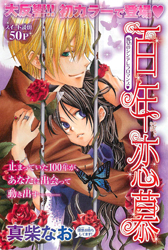 Eva, a long-lived witch, takes in Fernest kingdom’s youngest prince, Louis, when she is asked to heal him of his illness. Although witches are traditionally despised, Louis continues to visit her even after he is well and they form a close bond. When Louis is called back to the palace to take his place as heir to the throne, Eva must decide whether to let him go or take him back. 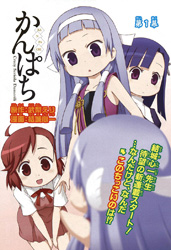 Related to the manga Kannagi.

Nagi, the guardian deity of a sacred tree, manifests herself after the student Jin cuts her tree down for a school project. Now Nagi lives with Jin and attends his school.

One day, a kanpachi fish fillet given to Jin as a gift comes to life, and appears as a miniature version of Nagi! The fish girl, called "Pachi", is basically Nagi's stalker fangirl, who went so far as to copy the larger girl's appearance. Will Jin, Nagi, and their friends be able to deal with this annoying fishy newcomer, and also keep people from mistaking her for Nagi? 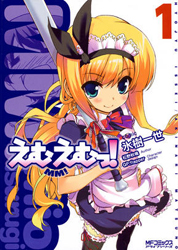 Sado Taro became a masochist, one that feels pleasure from enduring physical and or psychological pain, in middle school when his classmate, Yuno Arashiko, punched him. Now that he has moved up to high school with his friend, Tatsukichi, he wants to get rid of this sexual tendency and live a regular teenage life. He hears about this high school club called the Number Two Volunteer Club, headed by Isurugi Mio. The club is there to advise and help students in various needs and trouble. The only problem is that Isurugi Mio is an extremely violent and bossy girl, the type of person that treats Taro terribly and arouses him at the same time. Taro grudgingly asks for her help to solve his problem but what he doesn’t know yet is that his life is about to get really complex. 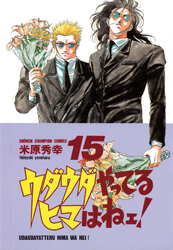 Shimada Aki and Akaki Naomi have been best friends since childhood. Shimada is tricky and won't take things seriously with anything that's not fun nor profitable unless provoked; Akaki, on the contrary, is straightforward and more caring. However, both are talented at fighting (bullying). This manga is a comedic and fun story about these careless high school buddy's fights, which make them known to all of Japan's scary and influential gangsters

=======================================================
Note to all scanlators: If you recently started scanlating a new manga series (with about 5 or less chapters released) that's hosted on MangaHelpers, and would like your manga to be shouted out in the next New Manga Shout Out, then please PM me. Please include:
This is what tethysdust said this week:
Quote:
Higanbana had an interesting start, I'd be interested in seeing where the story goes from there. Out of the others, I think Cloth Road looks worth checking out, simply from the artwork.
I'm sure that B Gata H Kei will be popular due to the anime. Wow, the art looks freaky in Higanbana no Saku Yoru ni who was done by the mangakas of Higurashi... Kanpachi certainly sounds really cute and I like Kannagi. I might want to check out MM! to see a little bit of how Taro gets beat up. XD


If you haven't done so already, check out the scanlations of the mangas from previous shout outs which have been recently scanlated: slice of life baseball manga Koukou Kyuji Zawa-san.

I'm going with:
Cloth Road - Fucked up life
Higanbana no Saku Yoru ni - It's going to be my 1st horror manga
MM! - Masochist =3

[Permalink]
Fantastic titles this time around!

[Permalink]
My favorite of the group would probably be MM! but thats just because it seems interesting... the others I am not 100% on yet besides B Gata lol

[Permalink]
B Gata looks really interesting,the summary,but I'm not much into the genre of romance and stuffs...But if it has a hint or a touch of slice of life,I might like it~(I hope it won't be full of smuts and stuffs...)

Cloth Road looks pretty unusual from the typical seinen titles there...it might be a good read...

MM seems -insert reaction-!Probably a manga who'll make me laugh off my chair,but it's not my usual type of series...
Nice breakdown from the usual load of mainstream type mangas(shoujo and shonen)~

[Permalink]
Udaudayatteru Hima wa Nei! is a good old gangsters/yankees series, if you enjoy this style of manga, you really shouldn't miss this one :P Its story gets interesting somewhere about the mid to end of volume 3 (when a character named Amagin appeared). I find the characters in it to be a lot of fun. Really hope some translators/scanlators interested to pick this up, doesn't matter how long...

Higanbana no Saku Yoru ni's doublespread gives me the creeps too.