Like us on Facebook, follow us on Twitter! Check out our new tumblr page. :)
Manga News: Toriko has come to an end; but be sure to swing by and share your favourite moments from the series!
Manhwa & Manhua News: Check out the new Manhwa and Manhua shout-out (March 2016).
Event News: One Piece Awardshas concluded. Check the results Here!
MangaHelpers > News > Anime/Manga News > Animanga in the News: 2/19/11
Homepage
Details
Archives

+ posted by vintagemistakes in Anime/Manga News on Feb 19, 2011 17:05
Here you will find a run down of today's anime and manga news! If anything sent waves through the anime and manga world today, you'll find it in this post! By the way, I am not saladesu, and will just be trying to fill her shoes for a day. Hopefully, the fact that I was convinced to dress in drag to try and impersonate her for this won't scare you away? 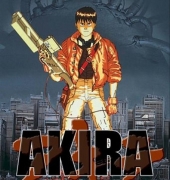 The producers of the planned live-action film adaptation of Katsuhiro Otomo's Akira science-fiction manga have hired Steve Kloves to polish the latest draft of the scripts. Kloves wrote the screenplays for all of the films based of J.K. Rowling's Harry Potter novels except the fifth one. He also wrote the Wonder Boys film, and he wrote and directed The Fabulous Baker Boys film.

Albert Hughes (Menace II Society, From Hell, The Book of Eli) is attached to direct the project for Warner Brothers. The project's cast and release date have not been established yet.

Screenwriter Gary Whitta was previously attached to the project, which actor Leonardo DiCaprio (Titanic, Inception) is producing through his Appian Way production company. According to ComingSoon.net, Mark Fergus and Hawk Ostby also worked on the films' scripts before another writer, Albert Torres was hired to script the most recent draft last year.

Mad Chance's Andrew Lazar, DiCaprio, Appian Way's Jennifer Davisson Killoran, Hughes, and his brother Allen Hughes will produce the project. Otomo directed his own animated film adaptation that premiered on July 16, 1988 — the same day that the story has the fictional Tokyo being destroyed. Otomo will serve as an executive producer of the live-action version through a deal signed by his publisher, Kodansha.

The list will be appearing in the February 27, 2011 print edition of the Book Review, reflecting sales for the week ending February 12, 2011 in the United States. Both print and digital formats are incorporated into the rankings. If you are interested in past rankings, please head over to the New York Times Manga Best Sellers thread located in Otaku Shoten.

[Permalink]
more and more news about the coming of Akira, I cannot deny it anymore. But I have come to like Leonardo, I think he's a respectable man with the eye for the art. I'm keeping my hopes up a bit.

[Permalink]
I'm having my hopes up for this Akira project...it seems that Warner Bros are planning to do lots of manga-related stuff...IIRC, they want to do Bleach as well right?

Anyways thanks sally! Akira is a manga and I think it would be a nice adaptation even if history tells us otherwise