Like us on Facebook, follow us on Twitter! Check out our new tumblr page. :)
Manga News: Toriko has come to an end; but be sure to swing by and share your favourite moments from the series!
Manhwa & Manhua News: Check out the new Manhwa and Manhua shout-out (March 2016).
Event News: One Piece Awardshas concluded. Check the results Here!
MangaHelpers > News > Shout-Outs > Mangahelpers Featured Manga: 3/23 - 3/30
Homepage
Details
Archives

Hello everyone!! Welcome to the next great installment of Mangahelpers Featured Manga News Post. :) If you haven't noticed already, yes, that date is correct and we will be doing another Featured Manga News Post next week to hopefully get everyone through this trying time called Golden Week. ;p We have a interesting group of series this week so be sure to check them out if you haven't and go discuss them if you have!

When Hujiwara Yumeji was seven years old, he discovered that by looking through his fingers, he could see multicolored auras surrounding people. These colors represent a persons dream or rather their experience of it. Fast forward ten years later and Yumeji, now a sophomore on summer vacation has started to have weird dreams about cats relentlessly chasing him. On his way home from running an errand one day, a mysterious girl named Merry Nightmare falls on top of him. Vowing to help her, he soon realizes that she isn't just some normal girl and is pulled into into a battle between nightmares and reality.

My Thoughts:
I don't know how or why I stumbled upon this series last week, but I am sure glad I did. It may be listed as a Seinen (because of the mag it's in) but it truly is your standard Shounen type series filled with comedy, randomness, cuteness, ecchiness, and some pretty interesting characters. I mean, who could possibly hate a cat character called 'Chaser John Doe' that wields a chainsaw? XD

From what I have been able to read so far (3 volumes), the story itself flows really well. There is a point to everything and a definite sense of direction to it - it's not just mindless dribble and makes you want to read more. Plus, for someone like me who is very picky when it comes to artwork, this one delivers with a style that fits the tone of the story extremely well.

And, for those that like Anime, there is also an Anime of the series by J.C. Staff Studios that looks petty interesting. Haven't had the time to check it out just yet but this series strikes me as the kind that would carry over into the Anime world quite well. 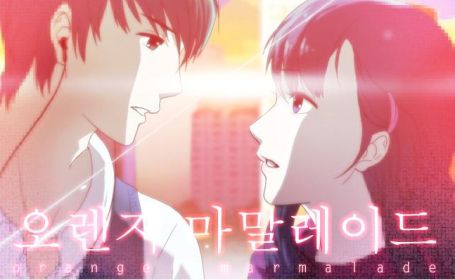 What will happen to a female vampire trying to live a normal school life when she meets the most popular boy in school and nips his neck?

My Thoughts:
This is my first foray into Korean Webtoons or Webcomics and I must say that it has been a pretty enjoyable one so far. The style is extremely different from that of your traditional manga and looks more like someone just took stills from an anime and used them to tell a story. Not to mention that each chapter is one vertically long page with gaps and spaces that really visually illustrate the mood of the general story exceptionally well.

The story itself is pretty decent. With only seven chapters its pretty hard to tell exactly if this is a keeper for me. I can see it becoming pretty interesting or just eventually turning into your typical story. However, don't let my wishy washy hype for the series prevent you from giving it a try. It's worth it just to experience the style. :3 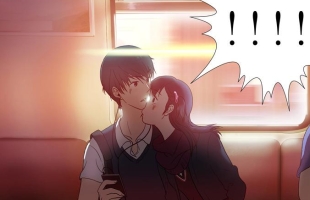 Ganta Igarashi has been convicted of a crime that he hasn't committed, and sent to a new, privately owned and operated prison, where the inmates are the main attraction in a modern day twist to the gladiatorial coliseums of ancient times. Throw in a healthy dose of weird little girl, some new-found super powers, and a little conspiracy theory, and you have Deadman Wonderland.

My Thoughts:
Deadman is one of those rare series that has it all in my opinion. It has a elaborate plot, cool and interesting characters, great settings, and great artwork. It's not overly dark but does deal with some rather disturbing notions. A definite must read in my eyes.

My only complaint at this time would be that Deadman is published in Shounen Ace; which is released monthly. Because of that, one can occasionally fall behind and forget about a series for a while. But hey! if you look on the bright side that means that when you do remember to read it, you get to read it in bulk, right? 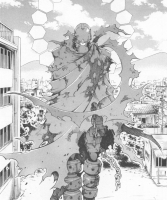 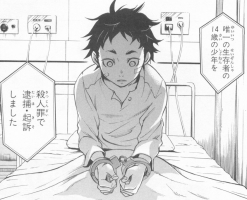 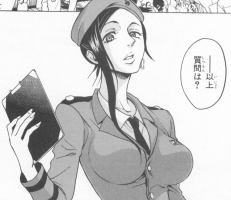 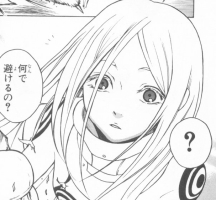 Thank you for your keen eye and noticing my mistake. :thumbs