Like us on Facebook, follow us on Twitter! Check out our new tumblr page. :)
Manga News: Toriko has come to an end; but be sure to swing by and share your favourite moments from the series!
Manhwa & Manhua News: Check out the new Manhwa and Manhua shout-out (March 2016).
Event News: One Piece Awardshas concluded. Check the results Here!
MangaHelpers > News > Shout-Outs > Mangahelpers Featured Manga 4/6 - 4/20
Homepage
Details
Archives

In the hometown of high school student Tachibana Reiji there has been an unusual string of suicides lately. Some people believe that this string of suicides might have something to do with the urban myth of "death accessories", which are magical objects that cause people to die soon after they pick them up.

Reiji, who lives alone with his adoring older sister Ayaka, doesn't believe this kind of nonsense, so he has no problem picking up a strange bracelet he finds on the street. Almost immediately, he finds himself forced to form a "contract" with his new bracelet. Now, in order to remain alive, Reiji must use the power of his bracelet to fight and kill others like him! His only ally in this new life is his sister Ayaka, who is determined to protect her little brother at any cost!
[tethysdust]

My Thoughts:
The only other story I have read by Lim Dal-Young was Unbalance X2; a very light and not so serious story that revolves around a teacher-student relationship. Re:Birth on the other hand, is much more dark and serious. It revolves around a 'game' where players called 'takers' are given points. These points will eventually dwindle away and one must acquire more in order to live. How does one acquire more points you say? Well, one can go around and kill these super powerful 'angels' or you can just kill other 'takers'. It's an interesting dilemma that challenges a persons morals. On one hand, you can prey on the newer, weaker takers and become a monster yourself or you can try to save your own humanity and go after these angels - which are extremely difficult to kill and only show up once a month.

As stated in the summary, the main protagonists are siblings who have a very close relationship. Ayaka, the older sister, is very protective of her younger brother Reiji and is really the rock of the two. She is extremely strong compared to Reiji, but at the same time, does have a softer side. Without spoiling things, it's a pretty interesting mix of characteristics, grants her a pretty mysterious persona and past, and plays into the whole dilemma that one faces when they become a taker.

All in all, ReBirth is a decent story that definitely has potential. If you like the premise behind Gantz, but want to read something a little lighter... this would be it.

Highschool of the Dead (学园默示录)

A mysterious, lethal disease is on the loose worldwide, resulting in a catastrophic death rate of humanity, and the increasing rise of attacks, caused by the living dead.

In Japan, several high school students and a school nurse have banded together to escape Fujimi Private High School shortly after it was attacked by "them." The group now attempts to figure who or what was responsible for this plague, and in the meantime, attempt to survive the present apocalypse.

My Thoughts:
Last week, I finally got around to watching a TV series called The Walking Dead and just had to feature a series that involved zombies. And, since Highschool of the Dead is one of my favorites, it seemed like a perfect manga to use. :3

And with the recently made Anime adaptation of this, I'm sure that everyone has at least heard of it. Hopefully, something positive, no? I mean, lets be honest, it is completely over the top with all of the fan service and cheesiness. But truth be told, that is a big part of why it's so good. It doesn't try to be grand or anything else. It is what it is - a mindless B rated movie that one will either absolutely love or dislike.
------ Manga information -------- 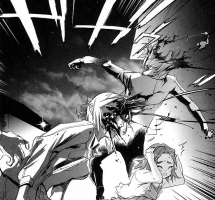 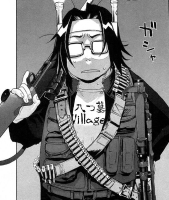 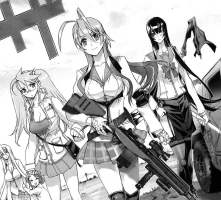 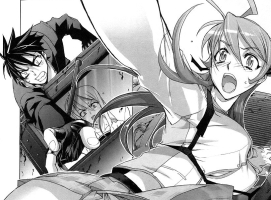 By PARK So He

The story is about a girl Chae Gyeung, who attends the same high school as the Crown Prince of Korea, Lee Shin. The prince has to marry at a young age so that the Princess-to-be might have more time to adjust herself to palace lifestyle, which is not a joke. The Prince, at this time, proposes to a close friend from school, but is rejected. He then realizes that he shouldn't marry the person he loves, because the life of a Princess is to be trapped in the palace, forced to follow strict rules and perform stressful duties. He decides it would be someone whom he wants to suffer. And that girl is Chae Gyeung.

Baboysai's Recommendation:
I had heard about this Manwha for quite a while, especially because it was adapted into a TV drama. When I finally decided to check it out, honestly, for the first few chapters I wanted to stop. I thought the art was horrible.

But I persevered because interestingly, the originality of the work was really strong. It goes on without saying that, being a girly comic, love is bound to happen. The main difference I found with this Manwha and all other typical Shoujo Manga is the story-telling. A typical Manga would have obstacles that come 100%, and disappear 100%. In this particular story, everything just comes, and nothing disappears. I read this story volume after volume. I couldn't stop because waves and waves of trouble just kept on coming. There might be an expected frustration on the part of the reader, but even with this style there are small favors the author does to please the reader. A smile here, or a hug there, but nothing to really satisfy your hunger to read more. You keep scrolling the pages, always asking the question When? When? When?

And though the art is still very distinct, it improved greatly beyond my expectations. So-Hee Park outdid herself. This story demanded attention to detail, and the artist was more than generous. 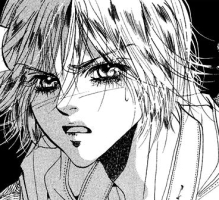 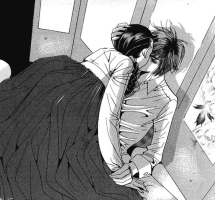 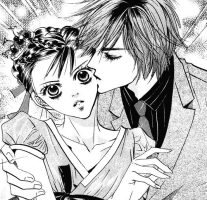 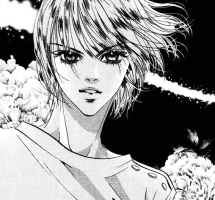 I'll look into this.