Like us on Facebook, follow us on Twitter! Check out our new tumblr page. :)
Manga News: Toriko has come to an end; but be sure to swing by and share your favourite moments from the series!
Manhwa & Manhua News: Check out the new Manhwa and Manhua shout-out (March 2016).
Event News: One Piece Awardshas concluded. Check the results Here!
MangaHelpers > News > Shout-Outs > Mangahelpers Featured Manga: 4/20 - 5/4
Homepage
Details
Archives 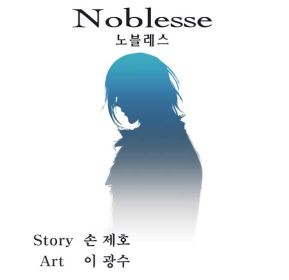 The story features a male protagonist named Cadis Etrama Di Raizel, also known as Rai. He appears to be around 15 to 17 years old in age, but he is a vampire or, to be exact, from a race of beings known as Nobles. Nobles distinguish themselves from vampires, whom they call mutants, by the fact that they do not drink human blood. Rai has been missing for 800 years, the exact cause of his disappearance is a mystery, and he suddenly wakes up in modern day South Korea.

While in South Korea, Rai reunites with his servant Frankenstein by chance. Frankenstein, who's currently a director of a school, has been searching for his master since the time Rai has gone missing. Rai then enters school and tries to get accustomed to the modern times and technology but has no clue how modern society functions. His unfamiliarity with the 21st century is often used as comic relief in the series. The story revolves around him and his servant, Frankenstein. We also get introduced to other Nobles as well as some human organizations that are very powerful. [Charlie]

Charlie's Recommendation:
Whats great about Noblesse is that it has its own originality to it, which is rather refreshing for vampire based comic. It follows is own mold, you wont see any “i want to suck your blood” type moments. Well, there is this one time but... forget about that, you’ll see once you read it . I’d recommend it others in a heart beat. This is an ongoing web comic that comes out every Tuesdays in Korea, and is in full color. Manhwas are getting more popular these days and you will miss out on a great read if you miss getting a chance to read Noblesse.
------ Manga information -------- 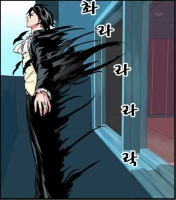 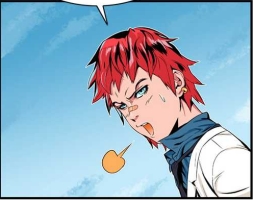 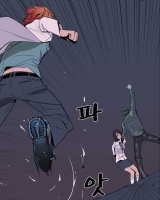 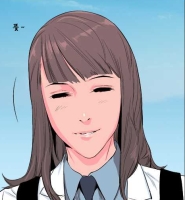 A school was built on a cursed land. In order to appease the curse, people offered the high school girl, Kanoe Yuko as a sacrifice. One day, Niiya Teiichi gets lost in the old school building and he ends up meeting the rumored "ghost of the old school building," Yuko. For some reason, he is the only one who can see and touch Yuko, who has no memory of her former life. In order to find out more about herself, Yuko creates the PARANORMAL INVESTIGATION CLUB and drags Teiichi into her club. Can Teiichi and Yuko solve the mysteries behind her death? [ruggia]

My Thoughts:
Tasogare Otome x Amnesia may be listed under the horror genre, but it is much more a supernatural mystery than anything else. The setting, of course, is the stereotypical school that was built on cursed land where a lot of strange stories, events, and rumors are spread. These "ghost" stories, at times, definitely come across as being irrelevant and thrown in to just keep the story going. They are however, very important pieces to the greater mystery of discovering Yuuko's past. They just seem secondary to the true strength of this manga - the characters.

Each and every character is extremely likable and interesting. They all have their own little quirks and personalities that play off of one another quite well. Case in point would be with Niiya and Yuuko. From the very start, you get the sense that their relationship is going to be very innocent, yet playful and serious at the same time. There is a nice balance to it that makes one want to read on and find out just what happens to the two. :3

This is a story of mistakes, redemption, and the choices made in between. It contains the worst and best of the human condition. [Hidoi~! Translators]

My Thoughts:
When I first saw the title of this series and read the description of this series, I, like probably everyone else, thought that it was just going to be one of those pervy stories that throws in some fanservice on every other page. You know, just something that uses 'shock' to draw in readers rather than having any actual substance. However, I could not have been more wrong.

The premise is indeed about a boy who masturbates in the girls bathroom. But that is pretty much where that act ends and the true story begins; the whole masturbation thing is really just a plot device used to explore the depths of various conditions high schoolers may be subjected to and feel. It is done in such a complete and masterful way that you end up hating, sympathizing and understanding these characters, their motives, and their actions in a very real way. Nothing is wasted. And at only 4 volumes, it's pretty remarkable the level of insight that is depicted.

All in all, Onani Master Kurosawa is probably one of the better written, thought out, and engaging titles I have read in a long time. It truly is a one of a kind story and a must read for anyone that loves deep and thought provoking stories.

[Permalink]
I knew that Charlie had something to do with Noblesse being there... Haha, I still want to read it.

[Permalink]
Yeah, cuz Charlie recced it~ If you've any mangas you wanna rec you can do so too! ^^

I can not remember how I discovered it but I can remember that I was instantly hooked by it. Your review is very good

Well there's a quite a few series / new ones posted here that are worth trying. So yeah, give them all a chance.

Thanks. After you mentioned it a while ago, I finally got around to reading it Sunday night and couldn't put it down. It's a really good series and I'm impatiently waiting for more.

[Permalink]
Started reading Noblesse a while back, think I got 80-100 chapter in and havn't touched it since, I've been meaning too.
Onani was a fantastic read, one of those titles that really has you wanting more.