Like us on Facebook, follow us on Twitter! Check out our new tumblr page. :)
Manga News: Toriko has come to an end; but be sure to swing by and share your favourite moments from the series!
Manhwa & Manhua News: Check out the new Manhwa and Manhua shout-out (March 2016).
Event News: One Piece Awardshas concluded. Check the results Here!
MangaHelpers > News > Anime/Manga News > Animanga in the News: 5/14/11
Homepage
Details
Archives

+ posted by vintagemistakes in Anime/Manga News on May 14, 2011 17:18
Here you will find a run down of today's anime and manga news! If anything sent waves through the anime and manga world today, you'll find it in this post! By the way, I'm vintagemistakes and will be trying to fill in for Saladesu over the next couple of days. ;)

Kadokawa launched 4-Koma Nano Ace in March with four-panel manga tie-ins to other media such as anime and light novels. Titles published in the first and second issues included Keiichi Arawi's Nichijou (pictured at right), Koizumi's Baka to Test to Shōkanjū Dya, and Puyo's The Melancholy of Suzumiya Haruhi-chan. 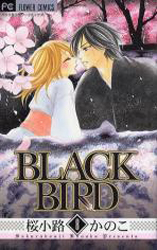 The list will be appearing in the May 22nd, 2011 print edition of the Book Review, reflecting sales for the week ending May 7th, 2011 in the United States. Both print and digital formats are incorporated into the rankings. If you are interested in past rankings, please head over to the New York Times Manga Best Sellers thread located in Otaku Shoten.