Like us on Facebook, follow us on Twitter! Check out our new tumblr page. :)
Manga News: Toriko has come to an end; but be sure to swing by and share your favourite moments from the series!
Manhwa & Manhua News: Check out the new Manhwa and Manhua shout-out (March 2016).
Event News: One Piece Awardshas concluded. Check the results Here!
MangaHelpers > News > Anime/Manga News > Animanga in the News: 5/16/11
Homepage
Details
Archives

+ posted by vintagemistakes in Anime/Manga News on May 16, 2011 16:34
Here you will find a run down of today's anime and manga news! If anything sent waves through the anime and manga world today, you'll find it in this post! By the way, I'm vintagemistakes and will be trying to fill in for Saladesu over the next couple of days. ;)

The manga launched in Kodansha's Weekly Shonen Magazine in 2009. 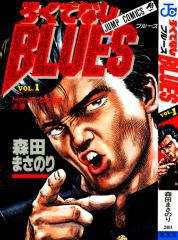 Hana Yori Dango 2's Aya Ōmasa, AKB48's Rie Kitahara in July series
This year's 25th issue of Shueisha's Weekly Young Jump magazine is announcing on Friday that a live-action television series adaptation of Masanori Morita's classic boxing manga Rokudenashi Blues has been green-lit for a July 2011 premiere. The story centers around Taison Maeda, a boy who makes a first impression at his new high school of delinquents by punching a teacher. While some clubs want to recruit him to beat up other clubs, Taison only wishes to lead the boxing club and become the world boxing champion.

The manga ran in Shueisha's Weekly Shonen Jump magazine from 1988 to 1997, and its compiled book volumes have 50 million copies in print. It already inspired two television anime films, two live-action films, and a stage play.