Like us on Facebook, follow us on Twitter! Check out our new tumblr page. :)
Manga News: Toriko has come to an end; but be sure to swing by and share your favourite moments from the series!
Manhwa & Manhua News: Check out the new Manhwa and Manhua shout-out (March 2016).
Event News: One Piece Awardshas concluded. Check the results Here!
MangaHelpers > News > Anime/Manga News > Animanga in the News: 5/17/11
Homepage
Details
Archives

+ posted by vintagemistakes in Anime/Manga News on May 17, 2011 15:54
Here you will find a run down of today's anime and manga news! If anything sent waves through the anime and manga world today, you'll find it in this post! By the way, I'm vintagemistakes and will be trying to fill in for Saladesu over the next couple of days. ;)

The North American manga publisher Viz Media announced on Monday that it is offering the "Smile" series of art by Slam Dunk and Vagabond manga creator Takehiko Inoue on its Viz Manga iOS app for charity. All of Viz Media's proceeds from the two volumes will go to the Japanese Red Cross Society, which is working on relief efforts after the Great Eastern Japan Earthquake disaster (Higashi Nihon Daishinsai).

Inoue began drawing a series of art pieces using the Zen Brush app to offer his prayers for Japan on the same day that the earthquake struck. He has since drawn over 160 pieces. The first US$9.99 volume contains the first 100, and the second US$1.99 volume contains the next 20. Viz Media will add more volumes with sets of 20 illustrations.

Yoshihiro Togashi has put his manga on hiatus since last June

The online retailer Rakuten Books lists the 28th compiled book volume of Yoshihiro Togashi's Hunter X Hunter manga for July 4. Togashi has put his manga on hiatus in Shueisha's Weekly Shonen Jump magazine since last June. Other bookstores and Shueisha itself have not listed the 28th volume yet.

The last compiled book volume of the manga, #27, shipped in Japan in December of 2009. Viz Media published the 27th volume in North America in March. 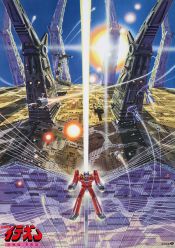 Color key artist Kunio Tsujita reported on Tuesday that the production studio Toei notified him that veteran art director Mitsuki Nakamura passed away on Monday, May 16. He was 67.

Nakamura later branched out to other studios, including Toei and Sunrise. He worked on the first Mobile Suit Gundam series and movie trilogy, Densetsu Kyojin Ideon, and Nausicaä of the Valley of the Wind. He eventually led his own studio, Design Office MECAMAN.

Update: Mushi Productions also reported on Nakamura's passing. Mushi noted that Nakamura worked on many of its titles, such as Raiyantsuuri no Uta, Pipi to Benai Hotaru, and as recently as 2008, Pattenrai!! ~Minami no Shima no Mizu Monogatari~.