Like us on Facebook, follow us on Twitter! Check out our new tumblr page. :)
Manga News: Toriko has come to an end; but be sure to swing by and share your favourite moments from the series!
Manhwa & Manhua News: Check out the new Manhwa and Manhua shout-out (March 2016).
Event News: One Piece Awardshas concluded. Check the results Here!
MangaHelpers > News > Shout-Outs > Mangahelpers Featured Manga: 6/22 - 7/6
Homepage
Details
Archives

Once again, I would like to thank Shinsatsu for making us a lovely banner[here]. You can see more of his lovely work in his gallery or in the bi-weekly sig contests. :)

Akira and his classmates are travelling on a plane when it crashes onto an island inhabited by species thought to have been extinct. The situation becomes increasingly desperate as some of Akira's classmates are eaten alive, while some kill others in desperation. Now Akira and a few other survivors are trying to survive what seems to be a horrible nightmare.

My Thoughts:
The parallels that cross ones mind when reading this are numerous. It's Land of the Lost x Lost x Lord of the Flies x any other survival story one can think of. Borrowing so heavily from a good number of ideas may seem like it would become overcomplicated and complex, but Yamada does a good job of keeping everything in check. Though, after a while, the story does tend to get repetative. I guess, there is only so much one can do with people stranded on an island where prehistoric creatures roam. 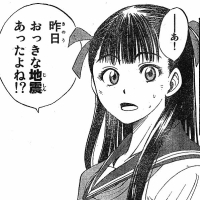 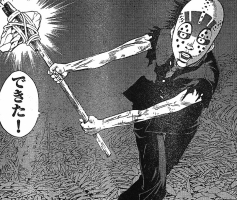 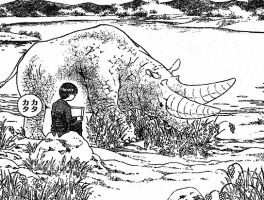 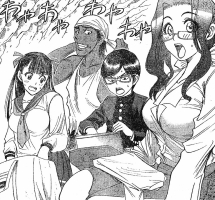 The Tower of God series centers around the adventure of the main protagonist, Baam. The series follows Baam and other participants, all wishing to reach the apex of the Tower of God.

Baam, prior to entering the Tower of God, comes from a world that is covered in darkness along with his only friend, a girl named Lahel. Baam learns about human warmth from Lahel and she also teaches him how to read and speak. Thus, Baam places a great value on Lahel.

Lahle wishes to climb to the apex of the tower and achieve her dream. It’s said that, if a person manages to reach the top of the tower, they can receive anything that they desire. Fortune, power, glory, revenge, anything is possible to the person who reaches the top. So one day, Lahel decides to enter the tower, leaving Baam behind. Following her behind, Baam manages to accidentally enter the Tower of God on his own. It is said that normally the tower must choose you to enter and not the other way around.

This is where the fantasy, action, danger, mystery & adventure packed series begins. [Charlie] 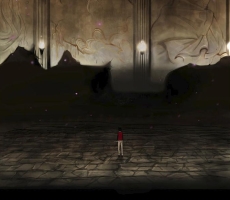 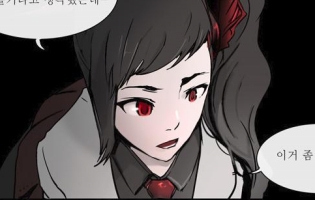 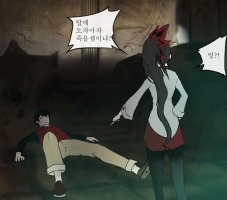 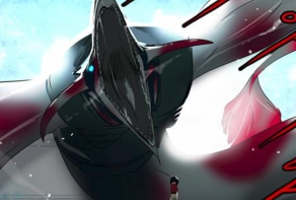 Cicero City, a city infested with immigrants where people of all races scramble to find work and shelter. Infested with destruction and slaughter, it's a chaotic society. Living on the outside of society, the Jackals are professional assassins with no allegiance, available to the highest bidder. This is their story.

My Thoughts:
*Note: I am not entirely sure of the demographic designation of this series. Though, I pretty much believe it to be Seinen, I have seen it listed as Manhwa as well. I have not been able to find a Korean publication date to see if it was published before it was in Japan ( has it even been published in Korea? ). If anyone has an further information, please let me know. Thanks.*

Jackals, is one of the series that once you get a few chapters into it, you won't put it down. The pace is just so insanely fast that you just fly though the story and are left scrambling for the next volume.

That is partly due to the fact that this is somewhat of a "mindless" read i.e. there isn't a ton of depth to the story, just pages of action. That's not to say that there isn't a story to go along with the great fights, interesting characters, and above average art... it's just extra. Definitely one of those series you pick when you want something quick to read.

[Permalink]
cage of eden is meh, i dropped it long time ago.
Tower of God is a must read, it's awesome.
i never read Jackals but i gotta admit i love the cover, gonna try it.

[Permalink]
Jackals is awesome man. Wish there was more.

[Permalink]
I added them to my Wish list. Gonna try these after the exams :D

[Permalink]
I actually like Cage of Eden. It's really interesting since they talk about prehistoric animals. I just want to know the whole mystery about the island.

[Permalink]
I agree, jackals is a great read.

[Permalink]
you guys hangout here instead of ff ?

[Permalink]
I have not read any of them but I gotta check Cage Of Eden.
And Jackals reminds me of K9999!

[Permalink]
yeah, scav why not ?

[Permalink]
@jHoward if u're only gonna check cage of eden, i think u gonna check the worst of that list :p

[Permalink]
Jackals is not bad, I do like the fights. I haven't read it for a while though so I dont remember too much details (its been a while ^^).

Tower of god is a must read for manhwa readers.

Check out the the previous recommendations in the news archive posts. There are some good series that should should be read in there.