Like us on Facebook, follow us on Twitter! Check out our new tumblr page. :)
Manga News: Toriko has come to an end; but be sure to swing by and share your favourite moments from the series!
Manhwa & Manhua News: Check out the new Manhwa and Manhua shout-out (March 2016).
Event News: One Piece Awardshas concluded. Check the results Here!
MangaHelpers > News > Shout-Outs > Mangahelpers Featured Manga: 8/17 - 8/31
Homepage
Details
Archives

Hello everyone!! Welcome to the next great installment of Mangahelpers Featured Manga News Post. :) This week, due to the weather being pretty awesome around here and me wanting to enjoy it before the summer ends ( it's going by soooo fast :cries ), we only have two series to feature. Nonetheless, we hope you enjoy!

Ohhh! And by the way, the new logo (up above) was done by ~coffee~. You can see more of his stellar work in his gallery. Once again, enjoy!

Ken, a young Japanese guy, is in love with a young Korean girl Yumin. He followed her in Korea and wants to become a policeman just like her. But then, he finds himself at the head of a local gang. What will happen to Ken?

My Thoughts:
A great series from a great writer / artist, Boichi's Sun-Ken Rock is an action packed drama about organized crime . And with so many series seemingly always revolving around the Mafia or Yakuza, by setting it in Korea, Boichi is able to bring a refreshing and new ( at least to me) take on crime syndicates. Sure, there are the staple mob businesses like prostitution and gambling and the twist and turns, but whats unique about is that there are no guns used and everything is decided with your fists. I guess one can say, that this story, at its heart, is just a action beat 'em up. And there is nothing wrong with that. :)

The series does contain nudity and adult situations, so be forewarned. ;) 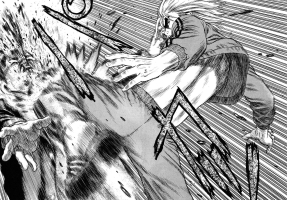 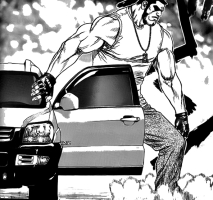 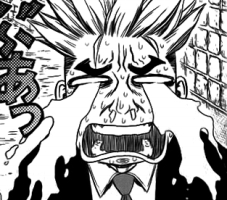 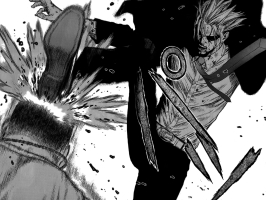 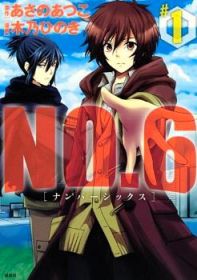 The story is set in "No. 6," a future model city in 2013. Raised as a top-ranking elite since the age of 2, a boy named Shion lives in an exclusive area in No. 6. On the night of his 12th birthday, he rescues a boy who calls himself "Nezumi" ("Rat"). Nezumi ran away from the city's Special Security Area. From that moment on, Shion's life is changed forever...

My Thoughts:
As a Sci-fi/mystery oriented series, No. 6 revolves around a futuristic society that segregates its citizens into zones. The elite, the smart, and the entitled live a life of luxury while ordinary citizens, the less fortunate, and / or criminals are shuned off into lesser zones. Shion, is one of these privileged individuals and one night rescues a boy named Nezumi who was fleeing from the security forces. Hiding him from the security forces, Shion is unknowingly swept up into something much larger and life changing...

With only a handful or so of chapters, No. 6 is still a relatively new series and can go either way. Yet, at the same time, does a wonderful job of letting you know what is going on while still keeping things a mystery. It never feels slow or things are just happening to take up space. Though, what I think I like most about the series is the relationship between Shion and Nezumi. The two characters definitely have chemistry and one might say that it pretty much falls into the BL category.... but it doesn't go overboard or takes away from the plot - there is just a pretty solid bond between the two.

All in all, it is shaping up to be a pretty interesting series. And if you are not familiar with the Shoujo genre and are looking to check it out, No. 6 is a good series to start with. It almost feels more Shounen then Shoujo to me. 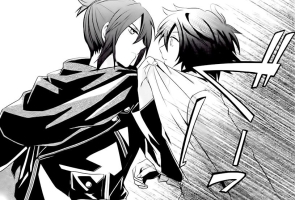 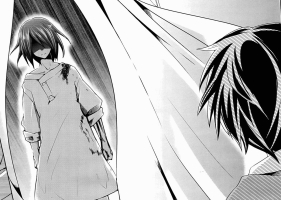 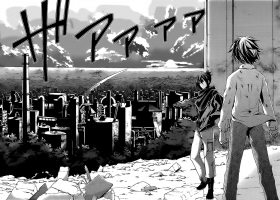 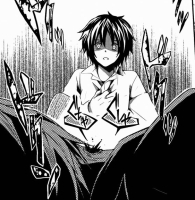 I'm currently following the anime version of No.6, I should've given the manga a go before I started watching it. <_<

[Permalink]
Yeah, 'Sun-Ken Rock' is a good read.
The cover art for the volumes really bring you in and captivates you into reading it.
The art is really what draws you in. The content it has (ecchi, comedy, face expressions, action, circumstances, etc.) really makes you want to read more.

I am really surprised that this manga does not have an animated adaptation.
This could be considered a masterpiece in its own way. Just thought that when it came to comedy sequences (the main character crying) you begin to see how low quality the art is. But everything from this manga is well done. Some females look very similar to each other (that is the main flaw).

As for "No. 6" manga
-- I'll watch the anime. Don't feel like reading the manga for some weird reason.

[Permalink]
@Bugzee
I only started reading it last week. It was on my "to read list" for ever and I just never got around to it until I stumbled upon a volume cover of it (they really make you want to read the series )and remembered that I wanted to read it. :)

@Asahina
I can see your point about the comedy sequences making it seem low quality. They definitely are of a different style ( more slap stick ) then the rest of the seriousness nature of the series. It's an odd mix, but for some reason work nonetheless.


I'm thinking you guys were adding a forum for it but never mind lol.