Like us on Facebook, follow us on Twitter! Check out our new tumblr page. :)
Manga News: Toriko has come to an end; but be sure to swing by and share your favourite moments from the series!
Manhwa & Manhua News: Check out the new Manhwa and Manhua shout-out (March 2016).
Event News: One Piece Awardshas concluded. Check the results Here!
MangaHelpers > News > Shout-Outs > Mangahelpers Featured Manga: 8/31 - 9/14
Homepage
Details
Archives

Hello everyone!! Welcome to the next great installment of Mangahelpers Featured Manga News Post. :) As you are probably already aware, every two weeks we will be featuring a few series that we think you will enjoy and/or could use some love discussion wise. Along with this news post, these series will be stuck on their respective demographic boards. So be sure to check them out if you haven't and go discuss them if you have! Enjoy!!!

Beings from a different dimension have started a war with mankind. To counter this threat an academy called "Genetics" that trains female warriors called "Pandora" who can wield special weaponry and armor was formed. Kazuya Aoi decided to enroll in this school because of a promise with his sister, an outstanding alumnus who died in battle. There he meets Bridgette L. Satellizer nicknamed "The Untouchable Queen" due to her solitary demeanor but also the top student of the academy whose battle simulation streak was undefeated until he came...and slowly changed her.

M3J's Thoughts:
Freezing may look like a fanservice manga, but it's not just about fan service. Although it can be slow and start out slow, action starts to pick up and the story gets deeper, as long as you stick with it long enough. Sure, there's a lot of female vs. female with clothes being ripped off and women getting into provocative poses, but there's also a story behind there. Freezing is definitely a good manga to read when you want story and fanservice.

After couple of chapters, you learn what made Bridget Satellizer into what she is, and you learn about her childhood, giving her more depth. As for Kazuya, that'll come along later. Speaking of which, the interaction between Satellizer and Kazuya is, for me, one of the best reasons for reading this particular manga. Their interactions are cute, though nothing compared to Kimi ni Todoke,I must admit, but it's good enough. Though, this is kind of typical: boy meets girl, they start off bad, boy wants to talk to girl more, they become friends, fall in love, they don't tell each other, they tell each other at an important moment when the villain challenges their bond, and [series is ongoing, so yeah].

Warning though, there's an arc that may not be for the faint of heart: one with Satellizer and her younger half-brother, Louis. 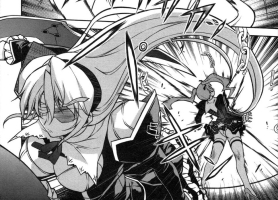 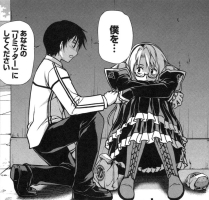 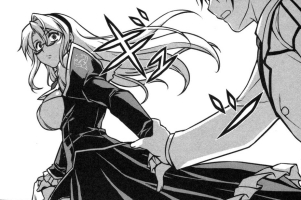 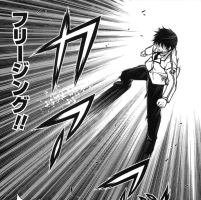 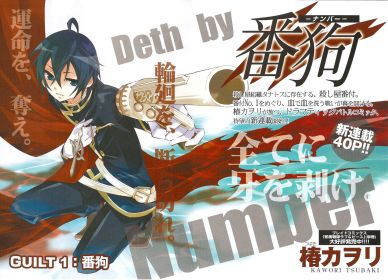 In an organization of professional killers called Thanatos, there exists an elite assassin. Fighting for the ranking of No. 1, the curtain rises on a battle fought with blood over blood!!

My Thoughts:
Assassins, revenge and BL?!

Yea, I know that some of you right off the bat won't be interested and that is OK. We can't please you all! :p But for all of the Shoujo and Shounen - ai lovers out there... this isn't a bad series as far as I am concerned. Though, this is only the second or third one that I have ever read.

The art work sort of reminds me of Tegami Bachi for some reason. Its just that very crisp style that uses a lot of black tones and is pleasing on the eyes. Each character has their unique style and appearance. Not to mention, that all of the characters have unique and eccentric personalities as one might expect from highly skilled assassins.

It can get a bit confusing and seemingly disorderly from time to time in my opinion. But the style and the story keep me drawn to it. So if you are looking for an action packed BL series or to broaden your horizons, this might not be a bad series to pick up. 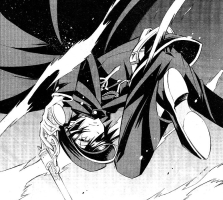 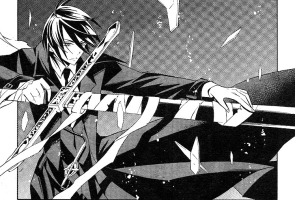 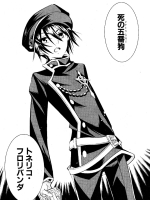 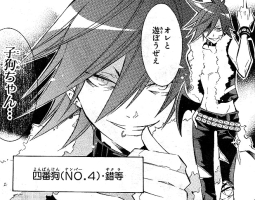 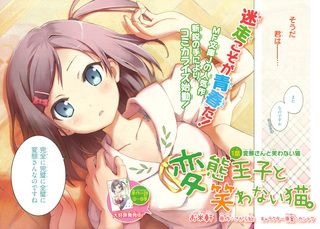 Yokodera is just like every teenage boy: perversion is in his nature. He can’t help but look up girls' skirts and fantasize about them. However, in his case, every time he does something perverted, it somehow gets turned around and misunderstood as something positive for the community. Sick of being so perverted, he tries to shake free of it by going to a special part of town. On top of a hill, away from the town and at the foot of a large tree, there is a wooden sculpture of a beckoning cat that is said to have special powers. Instead of bringing a wish to the user like a typical beckoning cat, it takes something from the user, and, in Yokodera’s case, his perversion. Still doubtful, he uses the beckoning cat thinking that it couldn’t hurt to try, but, little does he know, his life is about to make a turn to the unexpected. [vyc]

The story revolves around Yokodera, a hardworking student that always goes the extra mile. He mops the school floors, gardens and is always seen as a model student. However, unbeknown to everyone else, he really just does these things so that he can look up girls skirts - he is the ultimate pervert. Tired of having every one think that he is perfect, one night he goes to a place where lies a cat statue that is said to be able to rid one of unwanted traits. While there, he comes across one of his classmates, *name*. Shes there because she is completely void of being able to hide her emotions and can't help but to blurt out whatever is on her mind. They end up praying to the cat statue and what happens... the next day their personalities are switched and pure comedy ensues!

The extreme personalities and the complete 180 that the characters take is hilarious and is what makes me want to read more. A boy who constantly has perverted thoughts not being able to hold them in anymore = hilarious. Yea, some of you may think its sort of silly or stupid, but a little sophomoric humor every once in a while won't hurt anyone. Though, to be honest, I am not too sure how long this concept can go on and seem fresh. But, I will pleasantly go along with that ride, as long as it stays fresh and funny. :)

Good art and funny story, I reccomend too! ^^

[Permalink]
I have read freezing and I think it stands out really well.

[Permalink]
nothing for me this time, i liked freezing but i lost my interest in it.