Like us on Facebook, follow us on Twitter! Check out our new tumblr page. :)
Manga News: Toriko has come to an end; but be sure to swing by and share your favourite moments from the series!
Manhwa & Manhua News: Check out the new Manhwa and Manhua shout-out (March 2016).
Event News: One Piece Awardshas concluded. Check the results Here!
MangaHelpers > News > Shout-Outs > Mangahelpers Featured Manga: 9/14 - 9/28
Homepage
Details
Archives

However, before we can start I would once again like to thank shinsatsu for creating us another wonderful leaderboard banner to use[here]. As always, you can see more if his work in his MH Artist thread.

This is the story of Alpha Hasseno, an Alpha 7 M2 series robot. Left by her owner, she appears and acts fully human while running a small coffee shop named Cafe Alpha. It is a light-hearted story about the people Alpha comes into contact with behind the backdrop of a futuristic country-side in Japan. As we meet Alpha, she makes a shopping trip to Yokohama.

k-dom's Thoughts:
Yokohama Kaidashi Kikou is kind of an apocalyptic manga. The sea level has risen up and the human population has tremendously decreased. But it is probably the most humanistic apocalyptic manga ever. Here, everyone lives happily, enjoying everyday till the next one. No battle against aliens or deadly virus' here, just the peaceful slice of life of peaceful human beings.

And among those humans, lives Alpha. Alpha takes care of a Café which barely has any costumers. Alpha is beautiful, always smiling, always carefree and sometimes a bit clumsy. Alpha is a robot. But it is probably one of the most human robots ever.
Alpha has secretly lots of fan, an old gramps whose smile is half his face, a young boy who is loved by a mysterious wild cat girl, and a more recent Alpha version who will try to learn how to be more human after meeting her.

And we discover this future humanity through the discoveries of Alpha, be it a sunrise at new year eve or a simple shopping day with friends.
So if you are searching for a relaxing manga which will give you warm feelings, be sure to give it a try! 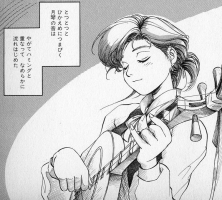 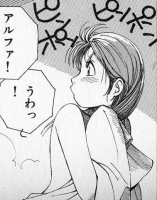 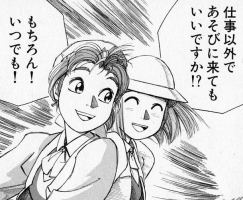 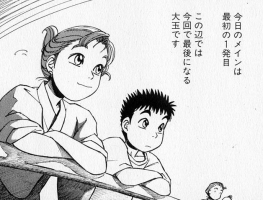 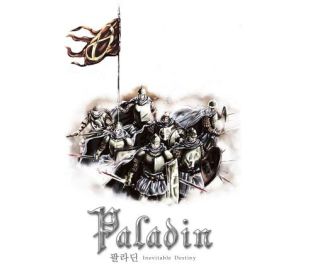 The country of Greenland, after losing the war to the Imperial Army, were in agony and despair for what will the future bring them. They had hired mercenaries to help them during the war and now they’ve come back to collect their reward while the country were still picking up their pieces of their broken dreams. By that time, the King has passed away and his heir was still too young to take up on the throne. After hearing the news of the King’s death the mercenaries decided to take over the throne and rule in his place. But there was an obstacle in their way... The Oracle!

My Thoughts:
I am starting to feel like a broken record when I say that these webtoons are quickly becoming one of my favorite types of manga / comics, but they are. They are extremely diverse in content and incredibly quick and easy to to get into. And Paladin is no different.

Set in a very unique, yet similar world, Paladin is a medieval tale that revolves around warriors that have acquired unique powers and control over divine beasts. These warriors, have no equal and in many cases, a country's strength is determined by just how many Paladins they have.

After a long and exhausting war, the country of Greenland is left without a King. It's heir, way too young to take over the throne is left at the mercy of mercenaries and a Paladin that have come to take the throne. However, their only way to truly rule the land is to get rid of the beloved Oracle. Will anyone be able to save the Oracle or with the mercenaries take control of Greenland?

Well I won't spoil you and tell you what happens next, but Paladin is your typical light action series that often uses a tiny bit of humor and mystery to propel it along. The art work, as expected from a webtoon, is superb and really well done. The series flows very nicely and even has a little plot twist in the first few chapters - which is always nice. :) 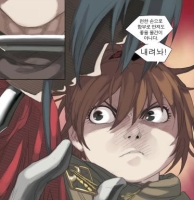 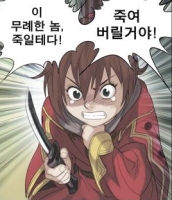 [Permalink]
I highly recommend Yokohama Kaidashi Kikou as a slice of life manga; extremely interesting and not too long. 5 Volumes.