Like us on Facebook, follow us on Twitter! Check out our new tumblr page. :)
Manga News: Toriko has come to an end; but be sure to swing by and share your favourite moments from the series!
Manhwa & Manhua News: Check out the new Manhwa and Manhua shout-out (March 2016).
Event News: One Piece Awardshas concluded. Check the results Here!
MangaHelpers > News > Shout-Outs > Mangahelpers Featured Manga: 9/28 - 10/12
Homepage
Details
Archives

However, before we can start I would once again like to thank shinsatsu for creating us another wonderful leaderboard banner to use[here]. As always, you can see more if his work in his MH Artist thread.

This is a story of a boy who tries to live the unassuming role in high school. He meets a hot girl in his bike driving class. When she becomes his girlfriend and he gets so into the love life, his relationship with others, especially with his best friend, begins to change.

Baboysai's Thoughts:
There are a lot of stories out there about your normal puny unpopular boy and his daily struggles in his bullied life. Ciguatera is one such manga. We witness a typical transformation from boyhood to manhood. What sets this story apart is the quiet creeping of emptiness as opposed to the usual sense of fulfillment one feels through his journey of restraint to liberation. The odd title hints of the somewhat chain reaction that leads to the happy but melancholy ending.

For a mature manga, you get the usual dose of nudity and breasts, sexual scenes and the violence. But it is balanced with its unique humor. Despite all the unbelievably bad turns the characters get into, they face it with such positivity and innocence that lightens the tone of the setting, to the point I could mildly consider it a comedy. I love the narrative personality of the characters, especially.

The art is nothing special. But at six volumes, it is very concise, fast-paced, and explosive. Definitely entertaining and worth the read. 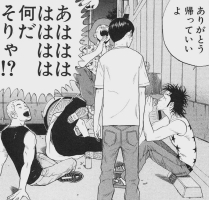 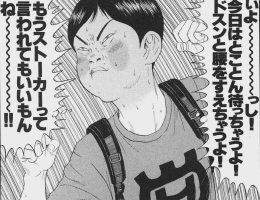 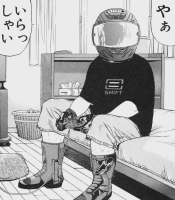 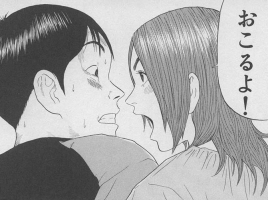 In a city where the law has been rendered non-existent, Yuki and his best friend Tetsu break into the offices of the Seidoukai to steal in a desperate attempt to finance his ailing brother's hospital bills. They ultimately fail but instead spark the interest of the mob's young leader, Kazutaka Hyodo, who offers Yuki a deal he can't refuse: pay him a visit at his office once a week and all hospital bills will be taken care of. Yuki accepts without hesitation and in order to keep his end of the deal, starts paying Hyodo the visits he asked for..

Asclepius' Thoughts:
Acid Town escapes from the bishounen cliché when it comes to art, but that doesn't mean it looks ugly. It looks really good, with nice lines. Even the homeless was well drawn, looking dirty and drunk.

The story develops around Yukio and his personal dramas. Soon he gets involved with a strange mafia guy. You'd expect some violence, but this guy prefers to play mind games, apparently. Volume 1 will make you curious about Yukio's past and this mafia guy's plans. No one knows what to expect next. He doesn't seem to be the violent type, but who knows? 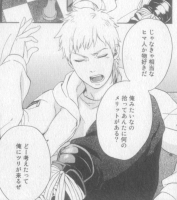 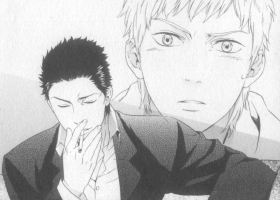 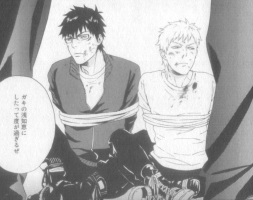 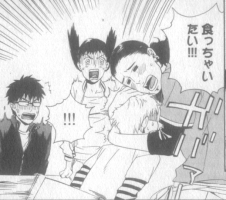