Like us on Facebook, follow us on Twitter! Check out our new tumblr page. :)
Manga News: Toriko has come to an end; but be sure to swing by and share your favourite moments from the series!
Manhwa & Manhua News: Check out the new Manhwa and Manhua shout-out (March 2016).
Event News: One Piece Awardshas concluded. Check the results Here!
MangaHelpers > News > Site News > Mangahelpers Featured Manga: 10/12 - 10/26
Homepage
Details
Archives

Sakamoto Ryuuta is an unemployed 22-year-old who lives with his mother. In the real world, there may be nothing really special about him, but online, he's one of the world's top players of the combat game "BTOOOM"!

One day, he awakes in what appears to be a tropical island, though he has no memory of how or why he has come to be there. While wandering around, Ryuuta sees someone and calls out for help. The stranger responds by throwing a bomb at him! Now Ryuuta realizes both that his life is in danger, and that he has somehow been trapped in a real-life version of his favorite game! Will Ryuuta be able to survive long enough to figure out how and why he ended up here?[tethysdust]

My Thoughts:
Btooom! revolves around a group of individuals that are trapped on a island and forced to play a deadly game in order to survive and hopefully one day be able to leave. The unique thing about it is that its not just a standard fight to the death for some sadistic reason, but that it is actually based off of a video game and that the game developers are seemingly behind it.

Not surprisingly, those that are most familiar with the game have the best chance of survival and winning their freedom. However, its not as simple as it seems. Besides the typical action related obstacles, the psychological problems that arise are probably if not more bothersome to the participants. Can one justify killing others to gain freedom or considering the circumstances, can one really trust another and team up with them? All fo these notions play a factor in the story. Though, they aren't so prevalent that they slow down the pace of the series.

All in all, Btooom! is a pretty standard survival / "fight to the death" type story. It might not not be the most original idea or story out there, but the mangaka adds just enough psychological and strategic notions to the story to make it entertaining and worth giving a chance. 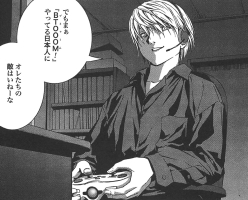 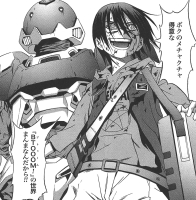 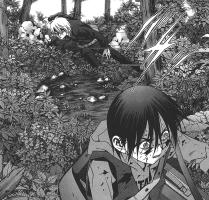 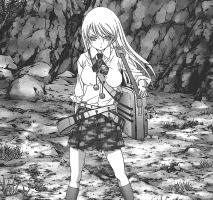 The air of celebration surrounding fifteen-year-old Oz Vessalius’s coming-of-age ceremony quickly turns to horror when he is condemned for a sin about which he knows nothing. He is thrown into an eternal prison known as the Abyss, from which there is no escape. There, he meets a young girl named Alice, who is not what she seems. Now that the relentless cogs of fate have begun to turn, will they lead only to crushing despair for Oz, or is there some shred of hope for him to grasp on to? [Yen Press]

My Thoughts:
There was a Anime based on Pandora Hearts a couple of years ago that I thought looked interesting, but just never got around to watching. So when I was looking for something a couple of weeks ago, I noticed this series and decided to give it a try because of that. And boy am I glad!

Pandora Hearts is pleasantly surprising, charming, and an extremely well crafted series. Everything, from the concept to the characters and their design to the mood of the story and it's development is top notch. However, the thing I like most with the series are the characters. They are so well constructed and play off of one another so well that that alone makes it worth reading the series.

Now don't get me wrong, just because the characters are my favorite part of the series doesn't meant that the plot isn't great either. :) The best way I can describe it saying that it is a classic fairy tale that incorporates other "real" fairy tales into it. It's a pretty unique thing to do and one that would fail if it weren't for Mochizuki's amazing ability to weave various stories together. Not to mention, that there never seems to be a wasted moment or stale chapter - everything is important and keeps the story progressing and the reader wondering what is going to happen. 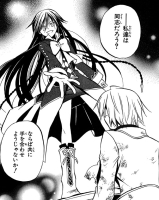 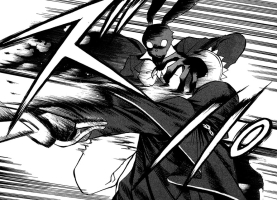 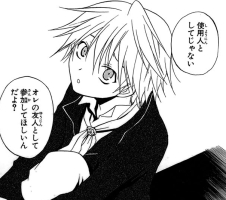 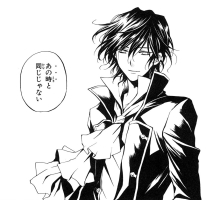 0 members and 1 guests have thanked vintagemistakes for this news

[Permalink]
pandora hearts is a hit . but btoom sounds more interesting and i somehow has read about it somewhere before too

[Permalink]
Pandora Hearts is amazing. So excited to be learning Japanese now !~ I can understand some. but anyway, everything..awesome ! •w•"