Like us on Facebook, follow us on Twitter! Check out our new tumblr page. :)
Manga News: Toriko has come to an end; but be sure to swing by and share your favourite moments from the series!
Manhwa & Manhua News: Check out the new Manhwa and Manhua shout-out (March 2016).
Event News: One Piece Awardshas concluded. Check the results Here!
MangaHelpers > News > Anime News > Winter 2013 Anime Preview: AKB0048 - Next Stage
Homepage
Details
Archives 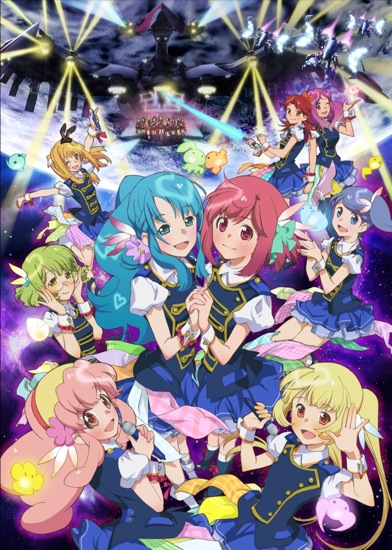 Preview by Josef K.: So without knowing much of the previous series, I started watching this with just the general knowledge of the set up. It's something that I have not seen before, that does not make it good, however there is a certain originality to this series. I really do like the mecha aspect of it and the space aspect, they both fit in very nicely and are key in the story. Of course the whole "system" of government and a futuristic dictatorship of corporations is nicely captured. It seems the small and meek creatures like our young heroines are caught up in this high tech world. Basically the whole police state set up around them can only be beaten with LOVE and SINGING!

The end is a lot promising since the plot thickens even more. I do however want to see more from the general public that this futuristic government has under control. Dealing with the personal issue of fame and fortune the young girls that are in the band also have to deal with the threats to entertainment as a form of expressing freedom. A nice anime that involves superb animation and a promising plot.

2 members and 4 guests have thanked Josef for this news