Like us on Facebook, follow us on Twitter! Check out our new tumblr page. :)
Manga News: Toriko has come to an end; but be sure to swing by and share your favourite moments from the series!
Manhwa & Manhua News: Check out the new Manhwa and Manhua shout-out (March 2016).
Event News: One Piece Awardshas concluded. Check the results Here!
MangaHelpers > News > Anime News > Winter 2013 Anime Preview: Vividred Operation and Mondaiji-tachi ga Isekai kara Kuru Sou Desu yo?
Homepage
Details
Archives 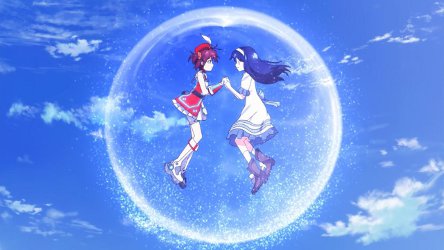 The story is set in a futuristic and peaceful world made possible thanks to the invention of the Manifestation Engine, which solved an energy crisis five years prior. On the island of Ima Oshima, Akane Isshiki lives a peaceful life with her family. When the world is threatened by an alien force known as the Alone, Akane takes up a special battle suit created by her grandfather known as the Vivid System to face against the threat.

New From the Creator of Strike Witches 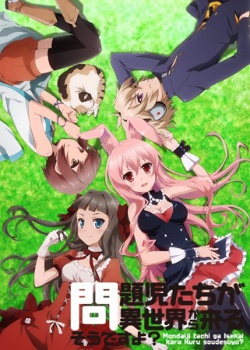 Izayoi Sakamaki, Asuka Kudou, and You Kasugabe have tremendous psychic powers and are bored with the regular world. An envelope arrives for each person, and when each opens their envelope, they are stunned to see the scenery around them change to a world they had never encountered before. They've been summoned by the Black Rabbit to help the community "No Name" to overthrow the Devil King.

0 members and 4 guests have thanked Kaiten for this news