Like us on Facebook, follow us on Twitter! Check out our new tumblr page. :)
Manga News: Toriko has come to an end; but be sure to swing by and share your favourite moments from the series!
Manhwa & Manhua News: Check out the new Manhwa and Manhua shout-out (March 2016).
Event News: One Piece Awardshas concluded. Check the results Here!
MangaHelpers > Manga > Browse > Beatless - Dystopia
Home
Chapters
Translations
RSS 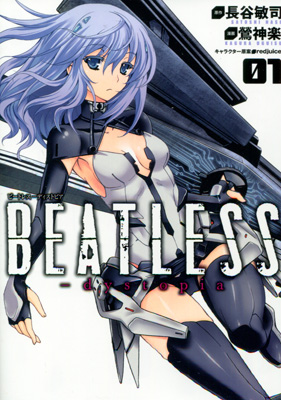 The humanoid android hiE became part of people's life and was handling the things human could and couldn't do. Endou Arato, unlike his friends Kenko and Ryou who hate hiE, felt sympathy for hiE which are supposed to be just objects. One night, Arato suddenly gets assaulted by mysterious falling cherry blossoms that make hiE and machines run havoc. Will the cornered Arato be saved by the mysterious hiE Lacia...