Like us on Facebook, follow us on Twitter! Check out our new tumblr page. :)
Manga News: Toriko has come to an end; but be sure to swing by and share your favourite moments from the series!
Manhwa & Manhua News: Check out the new Manhwa and Manhua shout-out (March 2016).
Event News: One Piece Awardshas concluded. Check the results Here!
MangaHelpers > News > Shout-Outs > Manga that missed the Wars!
Homepage
Details
Archives

Manga that missed the Wars!

As the heading suggests, this segment is devoted to titles which did not feature in the recent MangaHelpers event, The Manga Wars. Are you looking for other manga series at the minute? If so, please read through the recommendations to see if these series' tickle your fancy, and give them a try! 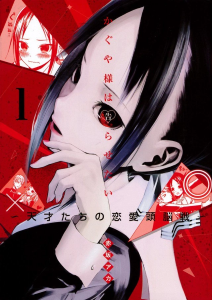 The boy is school council president, Miyuki Shirogane, Japan’s top student thanks to his fierce dedication to his studies. The girl is Kaguya Shinomiya, a genius heiress from one of the wealthiest familes in Japan. They like each other, so why hasn’t there been a confession yet? Pride.

Neither Kaguya nor Miyuki will confess, for the one who does is the loser. Instead they opt for tricks and traps to outwit their opponent. Much of the earlier chapters play out as a battle between Kaguya and Miyuki. Other characters are slowly introduced, and none shine brighter than Council Secretary Fujiwara who often steals the show.

Chapters are generally episodic and that works for and against the series. There isn’t much of a progressive story which limits slow building romance. In contrast, the manga works well on a week-to-week basis simply because you get a good dose of fun all contained within the one chapter. And there is a lot of fun to be had. If you’d like to see some strategy thrown into a rom-com don’t hesitate to give Kaguya-sama a try! 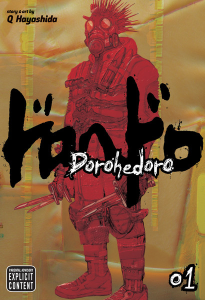 Caiman doesn’t know who he is, has a reptile’s head in place of a human one with crosses over his eyes, and a cursed man living down his throat. Magic has caused this disfigurement, so he sets out to find every sorcerer and bites down on their head so the guy in his throat can take a look. Sound weird? Welcome to Dorohedoro.

This series is one you need to give some time on before you can ‘understand’ the story. If you do stick with it, you will marvel at how Q. Hayashida works apparent chaos into a unified narrative. There are several quirks and oddities within the series which give Dorohedoro's verse a lot of charm and identity.

The icing on this bizarre cake is the gore and comedy combination. There’s something oddly hilarious about Caiman gnawing on someone’s skull; or a sorcerer boss who turns enemies into mushrooms and serves them in his restaurant because he hates wasting food. The cast which keeps this whacky manga afloat is nothing short of outstanding. Dorohedoro is nearing the end of its tale, so if you’re into horror-comedies or looking for something unique, pick this up ASAP! 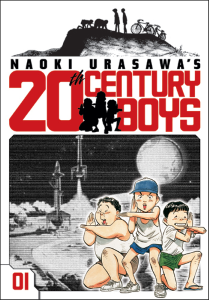 Kenji is living the regular life, trying to run a convenient store and take care of his niece. When one of his customer’s goes missing, he visits their house to pick up empty beer bottles. As Kenji leaves he sees a symbol, he recognises it as something from his childhood but cannot recall any details. While Kenji and his friends unravel the forgotten memories of their youth, what they find truly frightening is their childish ideas are becoming a reality. From robots to germ warfare, everything they scribbled down in their hideout is coming to fruition. How can terrorism on a global scale be tied to childish games decades ago? Who is doing this? And why is Kenji at the middle of it all, just what did he do?

This dystopian thriller is Naoki Urasawa's largest series. It's filled with rock and manga references which adds some charm and gives a very human feel to the characters.

20th Century Boys is a layered story which spans over several decades, effortlessly transitioning between pre- and post-apocalyptic timelines as the conspiracy and plot is constantly growing. One of the main strengths of the series is that you’ll have no time to look ahead as you’ll be bombarded with sharp twists and turns that put you on the edge of your seat. If you’re looking for a mystery/thriller they don’t come much better than this!